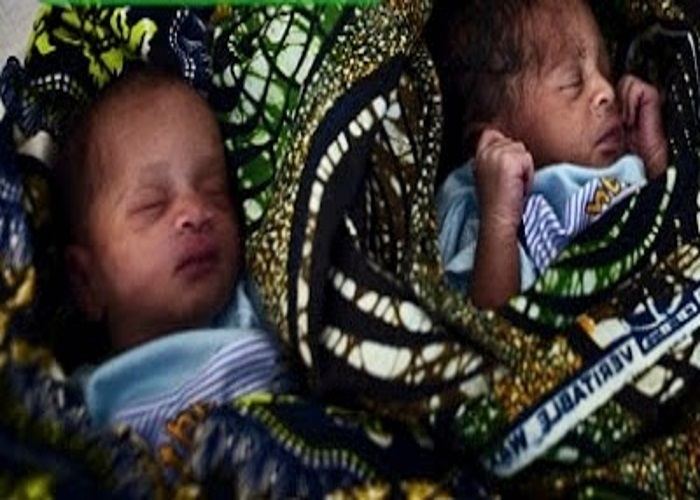 A female lunatic on Wednesday gave birth to a set of male and female twins  at the busy Eku junction in Ethiope East Local Government Area of Delta State with the assistance of concerned female citizens in the area.

It was reported that the lunatic who is a regular face in the community, normally solicit for alms from street to street and sleeps at any available shelter within around the community.

Recounting the delivery process, Beatrice Ejeta, a staff of Shepherd Care International Orphanage home, stated that she was at home when the proprietor of the orphanage home called her and others that a mad woman at the Eku junction was in labour.

According to her, “I was initially worried if she would comply with us trying to assist her but when I signaled her to come with my hand, she responded. With the assistance of some female shop owners around the junction, we were able to hold her still and I coordinated the delivery with the male twin coming out leg first.

“We were delighted when the first baby came out thinking that was all and released our grip on her only for us to notice that as she trekked to an adjourning junction, another baby was coming out. Immediately, we ran back to her and delivered her of the second child which was a girl.”

Though a community source disclosed that nobody has claimed responsibility for her pregnancy, the source stated that the babies were taken to the Eku Baptist Government hospital for medical attention.
Confirming the presence of the babies in the hospital, the Public Relation Officer, PRO of Eku Baptist Government hospital, Mr. Sagay Tuoyo stated that though he has not been fully briefed on the matter, the hospital is equipped with facilities to handle the immediate demands and challenges of the babies.