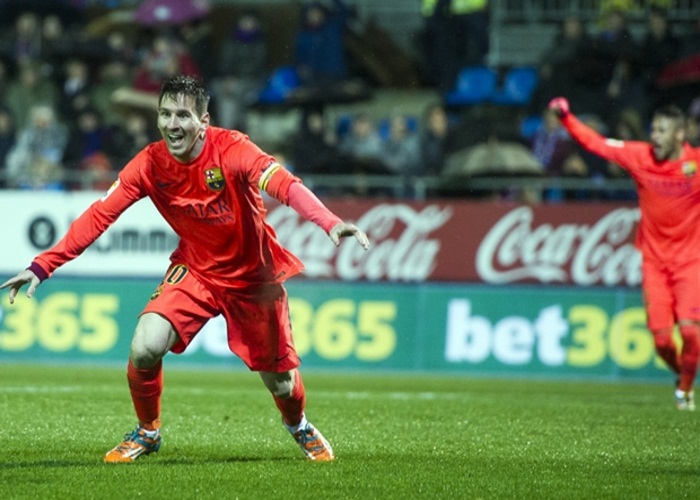 The Argentina international has been in superb form in 2014-15 and has already netted 43 goals in 39 appearances in all competitions.

Koeman, who is now in charge of Premier League side Southampton, is not only impressed by Messi’s goalscoring record, though, after hailing the 27-year-old’s professionalism.

“Whenever Messi is on top of his game, Barcelona are simply unstoppable,” he told Cope.

“He has always given everything for Barcelona and has never created any problems. You can say a lot of things about some people, but not about Messi.“

Koeman then went on to discuss the upcoming Clasico, which will be played at Camp Nou on Sunday, and stressed that Barcelona have every reason to be confident going into the game.

“Barcelona are going through a great period, whereas Madrid are having much more trouble winning their games. Madrid don’t have the tranquillity that a big team needs, unlike Barca.

“Plus Barcelona are playing at home and I think they are stronger than Madrid.

“But they should not think about scoring as many goals as possible. It’s all about winning, even if it is by just one goal. A victory in the Clasico would be a major step toward the Liga title.”

The Catalans’ focus will be on the Champions League round of 16 tie with Manchester City for now, though, with Barca holding a 2-1 lead after the first leg heading into Wednesday’s return at Camp Nou.