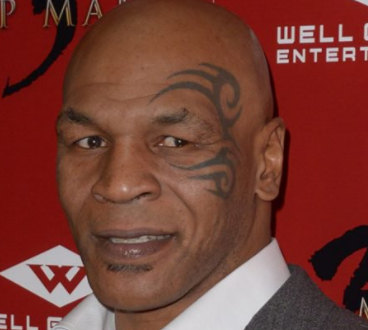 Former professional Heavyweight boxer Mike Tyson has opened up about the horrific sexual abuse he suffered as a child. The father-of-eight previously spoke about walking down the street when he was only 7 and an old man snatched him off the street.

He was bullied and sexually abused until he finally managed his escape. Tyson said he never saw the man again and he kept his abuse secret for fear that he will be judged. He opened up on Monday about how he has come to terms with the abuse. Speaking to ESPN’s Jeremy Schapp, Tyson said he believes much of his anger comes from the experience. He said he learned to be strong so no one will ever pick on him again.

He refused to go into too much detail during the interview, saying he will “like to keep that where it was in the past.”

When asked why he so rarely mentioned the incident, he replied: “It was no one’s business to know, people just don’t talk about it because to some people they believe it’s demasculating them.

“I learned that it doesn’t make you any less of a man because it happened.”

When Schapp asked whether the event changed him, Tyson answered: “I don’t know if it did or not… I don’t always remember, but maybe I do but I don’t. I’m not ashamed or embarrassed by it.”

Watch what he said below.