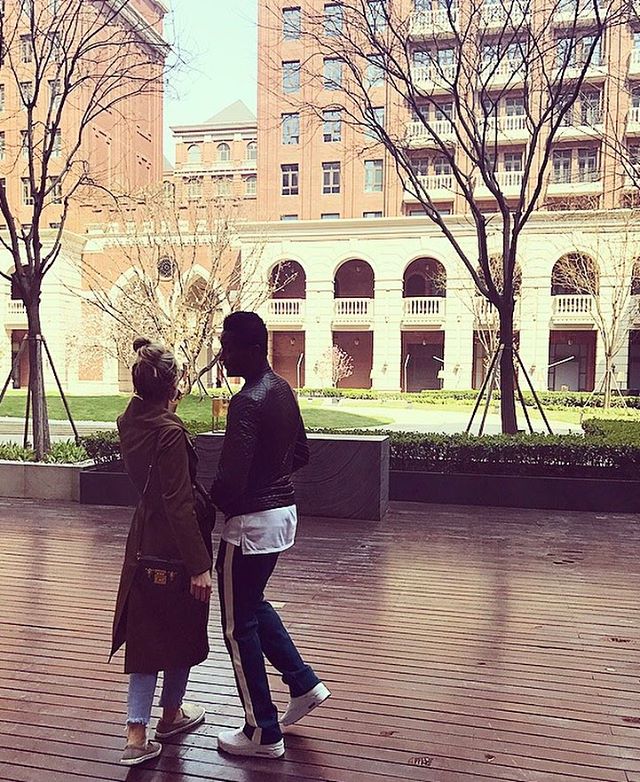 His woman, Olga, took to her Instagram page today to share a heartfelt message to her partner of four years. T

Five years ago today you walked into my parents house and into my life. A year later on that exact day we went on our first date, you are persistent @mikel_john_obi 😉I am so lucky to share my life with you and our precious little peanuts. Love you #March29  ❤#pooh1  #pooh2  #pooh3  #pooh4

The couple have twin girls.

In an old interview with The Boss Newspaper, Mikel opened up on marriage plans with Olga saying:

I  know, normal people don’t go through what I am going through now when it concerns finding a woman to marry, normal people don’t at all. Believe me it’s so so difficult, very difficult, it’s so so difficult you just have to leave it to God. To find someone who truly loves you, there might be someone who really loves me truly for who I am but I may not be aware but maybe you don’t know but you may think she’s one of those people that loves you for who you are or what you have, because of your money, but maybe she’s there for you, you never know, you get so confused, now I have decided I will just leave it to God to decide who I get married to.

Mikel, who left Chelsea football club for a Chinese club a few months back, talked about his exit from the club in the interview also saying:

“One thing is I really don’t go into the Nigerian Papers, not like I don’t care but he called me, my Agent called me, he was in Nigeria and he said to me there are rumors that I have five Bentley’s, I am like what, five Bentley’s, what am I going to do with Five Bentley’s, they are all the same cars or are they saying I might have five different colours then.