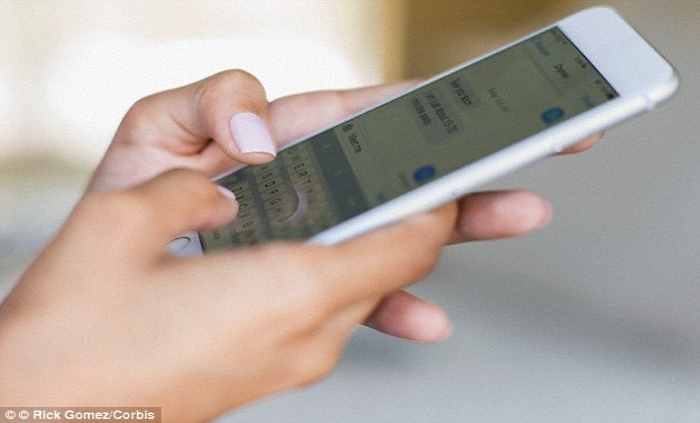 Her mother, Majeda Abdul Hamid, told local media that her daughter gave birth to a 4.8kg boy (10.5 lbs) and as all appeared to be well, she was sent home from hospital.
But later, she claims her family noticed her stomach vibrating and she began suffering terrible pain.
‘My daughter suffered serious pains and could not move,’ the mother is quoted as saying.
‘I brought her back to the hospital where she was treated but nothing was done for her.’

Hanan was then allegedly rushed to the casualty department of Al Bashir public hospital, where X-rays revealed there was a foreign object in her abdomen.
She claims surgeons quickly operated to remove the phone.
Her case was brought up in the Jordanian parliament, where parliament member Salim Al Bataynah called on the Jordanian government to resign as a result of the scandal.
He said: ‘In countries which show respect to their nations, and following such scandals, governments usually resign,’ according to Gulf News. The parliament should show responsibility and be on the level of the case.’

Gulf News reports the Jordanian Health Ministry spokesman Hatem Al Azrae said Hanan’s story was ‘baseless and a fabricated one’, but added that the ministry is following it.
The news comes after MailOnline reported on the case of Michael O’Sullivan, who was sewn up with an A4-sized surgical mat left inside him, after a series of medical blunders.
In 2012 Mr O’Sullivan, 49, received a new liver at Addenbrooke’s Hospital in Cambridge, but was sent home with the silicone mat still inside him.
It was only discovered after he complained of suffering from a lot of pain following surgery.
Doctors performed a CT scan three weeks later and decided to operate after spotting something unusual.
Mr O’Sullivan was shocked to be told they had discovered the equipment inside him following the operation.