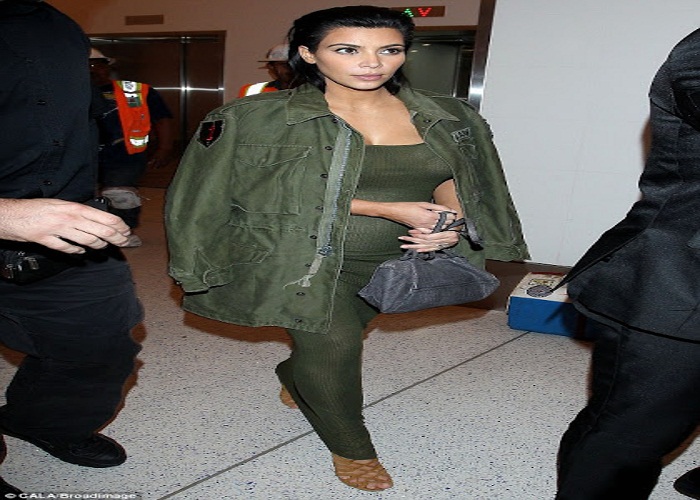 It was National Doughnut Day yesterday and Kim Kardashian can’t have any of the sweet treat, which also happens to be her favourite maternity food. The 34-year-old, who less than a week ago announced her second pregnancy, was suffering from morning sickness on Friday and couldn’t stomach the fried sugary dough.

‘Today is National Doughnut Day! Thought I would enjoy it more but morning/all day sickness really ruins things! LOL Maybe its for the best!’

Perhaps it is for the better (like she said) as the reality star gained a lot of weight while pregnant with North, who turns two this summer, and has vowed not to do the same this time around. Kim recently told Us Weekly:

‘This time around I have a nutritionist to keep me healthy while I’m pregnant. The last pregnancy, I ate a doughnut every single day, I’m not doing that this time. But I’ve also been taking it easy and enjoying myself.’ 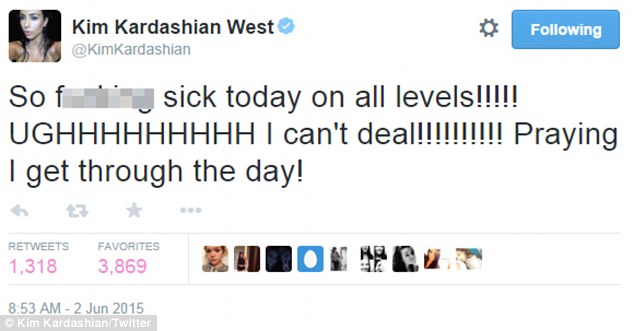 But despite feeling so sick, Mrs. West says she is nothing but thrilled finally to be pregnant again after undergoing months of grueling tests and procedures in her effort to give daughter North a sibling.

‘It’s a very different type of pregnancy from my first one, but I’m so grateful to be pregnant when we didn’t even think it was going to happen for us,’ she said. ‘I don’t care how sick I am.’

DailyMail reports while she hasn’t confirmed how far along she is, it’s believed Kim is about three months pregnant.

Kim announced the big news on Sunday night’s episode of Keeping Up With The Kardashians, just hours before Caitlyn Jenner was revealed to the world on the cover of Vanity Fair.