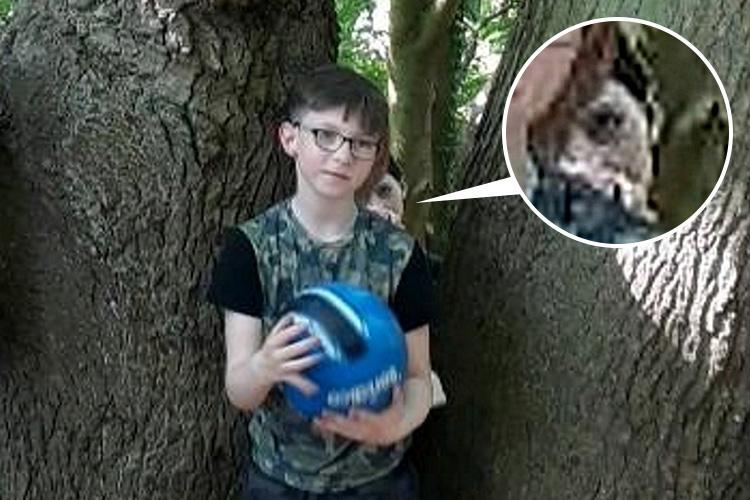 A woman identified as Laura Watson, has claimed that she has been left unable to sleep after capturing a ghostly child standing behind her son in the woods – with a hand on his shoulder.

Laura took the photograph with her family at Plessey Woods Country Park in Northumberland during the sunny bank holiday on Monday.

The medical receptionist was left ‘terrified’ when she was looking through her snaps and saw the face of another child appearing behind her son, Byrin, despite no one else being in the area.

“It’s very unusual and everyone is really freaked out. Me and my daughter couldn’t even go to sleep last night because we were so scared.

“I didn’t believe in anything like that until I saw this for myself.”

“When I got home I put the picture on the computer and when it zoomed in and I was able to see it closer, I thought what is that thing behind Byrin? 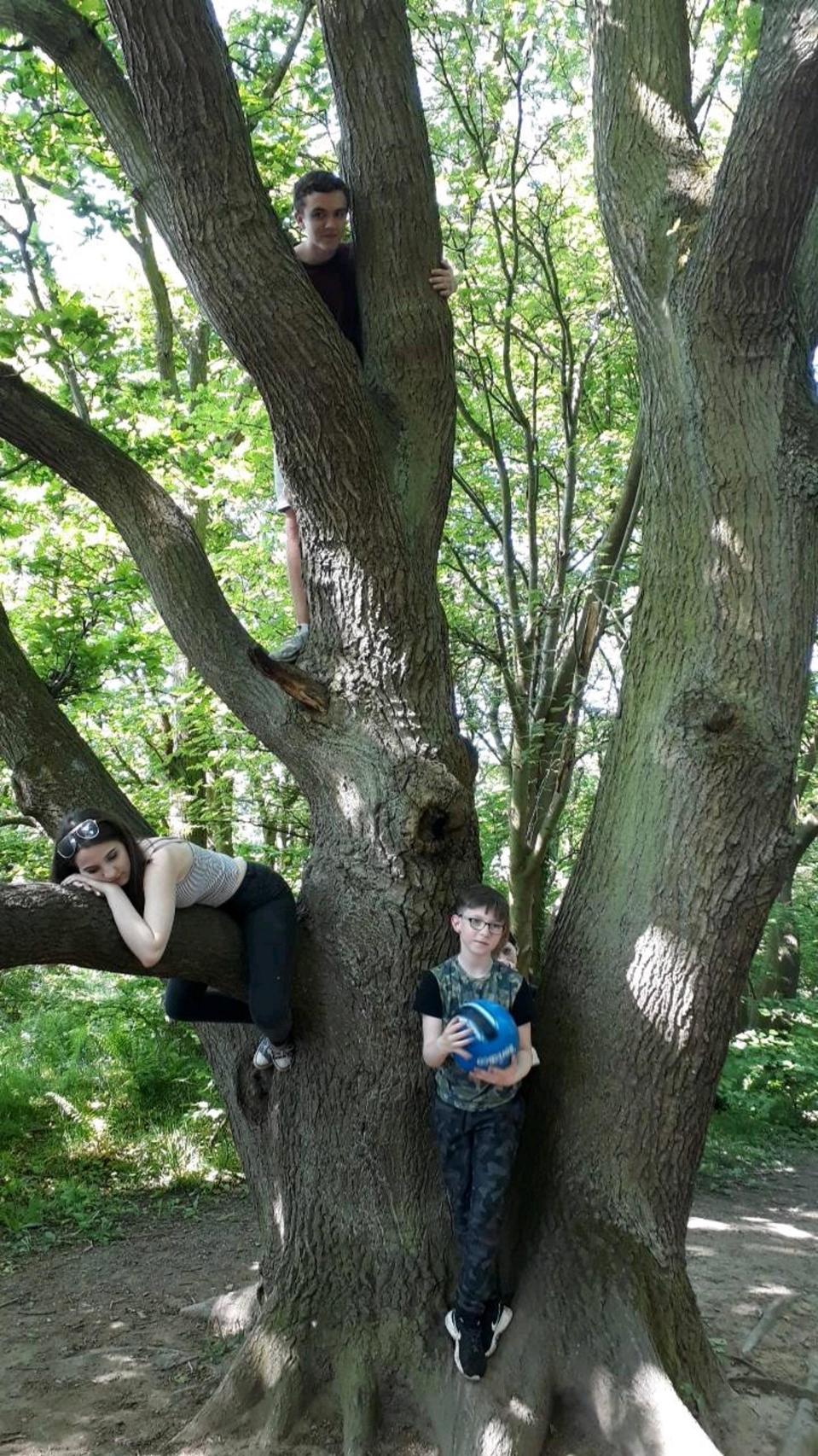 “When I zoomed in further I could see a face. But I was like ‘but there was nobody there!’

“It looks like a child to me, I don’t know if it’s a girl or a boy. But I can see this face and it looks like the hand is on my son’s shoulder, which is very bizarre.”

She added: “Some people have said I must have Photoshopped it as they can’t believe it. But I’ve explained that I wouldn’t even have a clue how to do anything like that.

“It was literally taken on phone. I’m rubbish with technology and I’m just not the kind of person to do that.”

She said her son would have noticed someone so close to him, saying: “I would have seen them and I wouldn’t have taken a picture with another kid behind him.”

Many have speculated on what the figure could be – with some suggesting it could be the spirit of a boy who drowned in the woods years ago.