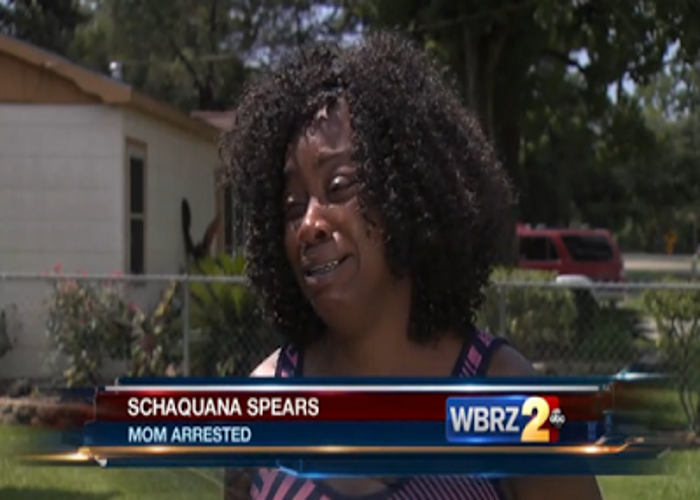 A mother from Baton Rouge, Louisiana, 30 year old Schaquana Spears, who beat her young sons for stealing their neighbour’s properties, has found herself in trouble with the law, and is now at the center of a US national debate over how she chose to discipline her children.

“I was being a mother who loves her kids, who wants to protect her kids, and steer them in the right direction.”

Spears ran to her house after her neighbor told her that she had seen her kids burglarizing their other neighbour’s home. Spears left work and ran home where she saw her children and some of their friends all carrying properties they had stolen. The friends ran out of the house but Spears was able to catch her 3 sons, aged 13, 12 and 10 and according to her, she whipped them with a belt. She also made them return the properties. 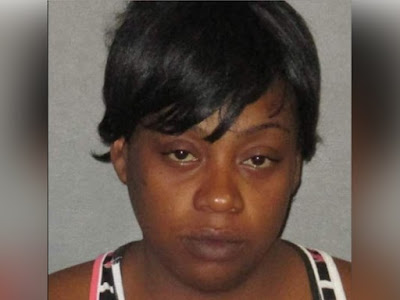 According to police documents, Spears beat her 13-year-old son with an electrical chord, but she denied using an electric chord, instead saying she used a belt, that caused visible marks on his body. Her two other sons also had visible injuries.

The son reported his mom to the authorities who came to the house, arrested Spears for child abuse and took all her 6 children from her. Her kids are 13, 12, 10, 8, 6 and 2 years old.
She was bailed from jail by a good Samaritan who heard about the incident and the subsequent arrest of Spears. She is also been currently represented pro-bono by a lawyer who saw the viral video of her interview.

“I reacted and I’m the bad guy, it’s not right.” “I’d rather discipline my kids than for them to be beaten in the street, caught in someone’s home murdered, or in someone’s prison and me having to visit,” Spears said.

Spears added that she is a good mum who sent all her children to great schools and they are all in honour rolls.

She said their father is in prison and she didn’t want her children to end up there as well.

The Louisiana Department of Children and Family Services said “reasonable, constructive discipline is a healthy part of parenting …but it crosses into abuse when it leaves a child cut, burned, bloody or bruised.”

The state attorney general is looking into the case, and the local district attorney still hasn’t filed charges. If charges are filed, Spears could face 20 years in prison. Louisiana mom could face felony charges after punishing sons for robbery.

Watch the emotional interview below: