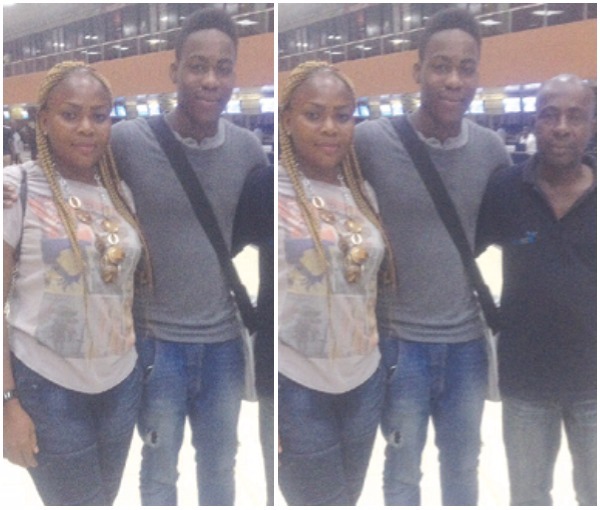 She affirmed the son must have been killed.

According to a petition sent to the Federal Criminal Investigation Department (FCID), Homicide Section, Alagbon Close, Ikoyi, Lagos, Mrs Owodunni said she started suspecting foul play after people close to the boy, Edwin Owodunni, began to avoid her phone calls while the boy was with them in Nigeria.

She took to her time to address the issue by uttering this out;

“I am writing a petition about the suspected murder of my son, Edwin Owodunni, 20, and a citizen of Germany.

My son had been coming to Nigeria to visit his father and this trip was his fourth. Edwin came to Nigeria on March 16, 2017 for the burial of his paternal grandmother in the village at Owerri.

Edwin was expected to return to Germany on April 7. He was communicating with me (via phone). He called on April 12 to inform that he had extended his flight to May 12 as he wanted to spend more time with his father. That was the last time the family here in Germany heard from Edwin.

But to our surprise, we were told that Edwin had committed suicide. We got this news on June 26 while Edwin allegedly committed suicide about three months ago in his father’s village in Owerri”.

She also claimed the boy was buried without her knowledge, saying he could have been a victim of ritual killing.

“To this end, we want the police to thoroughly investigate this case to unravel the mystery behind the death of my son”