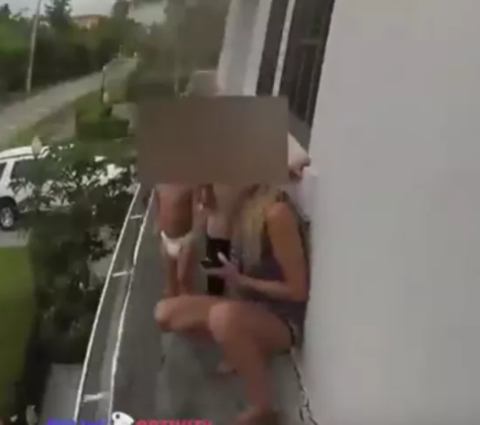 A mother and her two little children were rescued after she went up a roof with them and stood dangerously close to the edge.

When the Delray Beach police arrived on the scene, they found a 23-year-old woman with her two small children. The three were on the garage ledge on a townhouse and the children were crying out in fear.

One of the officers, Rob Addea, immediately stood under the window, so that he would be ready to catch them if they fall.

Meanwhile, the other two other officers went upstairs and out a window to the ledge to attempt a rescue. One officer managed to grab the children’s arms while the other tried to reason with the woman, police said. Eventually, police were able to rescue all of them. The woman has been committed to a mental health facility under the Baker Act and might face criminal charges, police said.

The Florida Department of Children and Families is investigating and the children are in their custody.