My 16 year old sister is pregnant for a nobody. I need help before people find out. 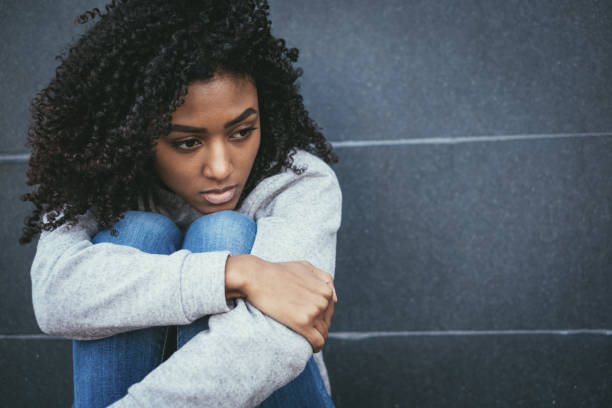 Please hide my identity. I am in trouble. I just found out that my younger sister who is just 16 is pregnant. She just wrote her waec. I noticed her body changing and she became dull unlike the vibrant sister I had always known. I asked her if she was okay and she said she was that it’s just exam stress and all. I dismissed my worries and cared less about things.

After some time, I noticed she was increasingly becoming dull and would always sleep. My concern arose and one day, when no one was at home, I had a conversation with her. I asked her if she was okay and she said she feels weak and she thinks she’s having malaria. The things I saw were beyond malaria and even though I was scared of confronting her about her personal life, I had to.

I asked her if she had seen her period for the month and she said no. I was scared because I didn’t want my worries to be confirmed. I asked her the last time she saw it and she said it was last month. I wasn’t comfortable so I went on to ask her if she has been seeing anyone. She got uncomfortable and still said no. I persuaded her to confide in me as I wouldn’t tell anyone yet she didn’t say anything.

I advised her on the importance of living right and why she shouldn’t be involved in any relationship at such an age. I also asked her to let me know when she sees her period again. After a week, she became worse and even my siblings noticed. I had to buy a pregnancy strip and when no one was around, I forced her to have a test. She did and it was positive.

I was livid. I didn’t know what to do. I had to buy another strip to be sure and they were all positive. I don’t know what to do. My sister is only 16, like just 16 years. I told her she was pregnant and she denied it. I was so angry and unknowingly, I slapped her. I was angry she was still lying to me even after I had confirmed her state. She started crying and I didn’t give up. I asked her who she has been seeing and who’s responsible for the pregnancy.

She later said it’s one guy living not so far from my street. This guy is jobless. I mean jobless. He is as good as useless, all he does is hang around with girls and stay at his mother’s restaurant. I don’t even know how my sister got into his web. If asked her if she has told him she’s pregnant Andy I discovered she doesn’t even know she’s pregnant.

I don’t know what to do. My parents cannot find out. They are hypertensive and this news will definitely affect their health. My sister is the last child and everyone takes care of her well. We provide her with everything she needs. I don’t know what she wants from a man. I am really confused now. What do I do? This pregnancy will ruin her future and bring shame to my family.

I’m so scared of even considering an abortion. She is so young and abortion is against our faith. My parents are strong Christians and we were raised right. I don’t know what the best option is. I don’t want my sister’s life to come to a halt. Help me.