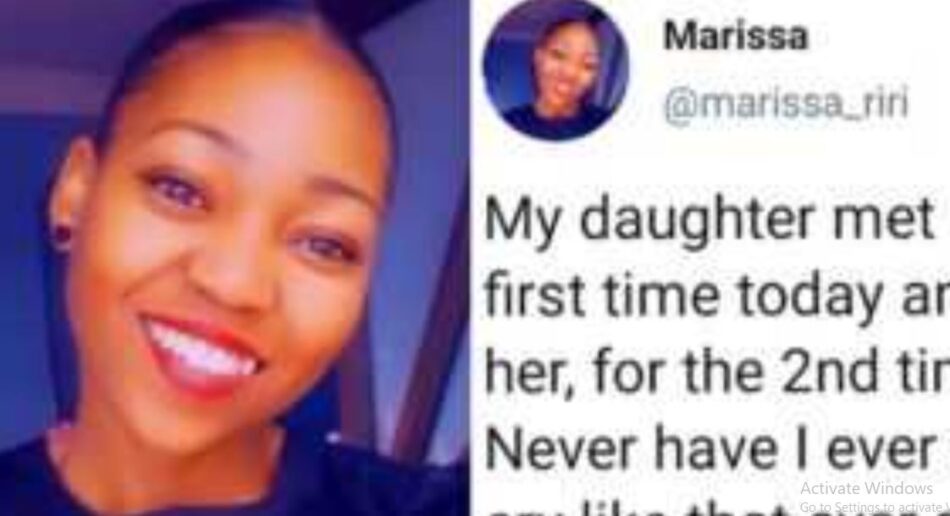 One Marissa has taken to Twitter to laments after her baby father rejected her 17-year-old daughter for the second time.

The mom said, her babydaddy had already agreed to meet with his daughter only for him to deny her to her face after they saw each other.

“My daughter met her father for the first time today and he rejected her, for the 2nd time in her face. Never have I ever seen my child cry like that ever since she was born and I all I could do, was to show a straight, strong face.

It was a planned meeting and he agreed to everything. I don’t think she’ll ever heal from this but at least she’s got me and she knows that.

No problem, I’ve been holding the baton since she was born, I’m sure I can continue for the coming years. Oh did I mention she was born 2004… Yep she’s 17.”