My boyfriend has a lot of family responsibility and I am scared about what will happen when we marry. 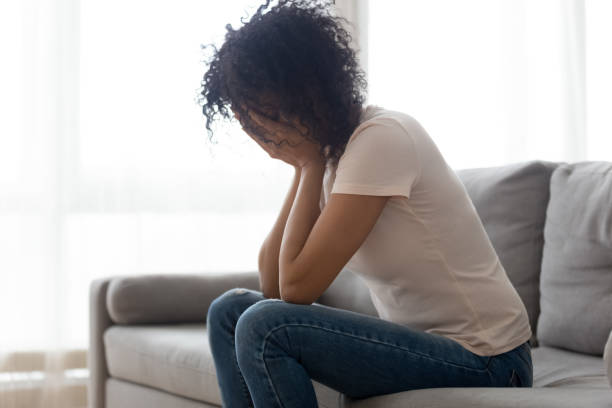 Please post this. I met my boyfriend last year through a friend of mine and we have been dating since then. My boyfriend is a very nice person and I am grateful to have someone as good as he is in my life. He cares about me so much and ensures that I lack nothing. He is always interested in my welfare and supports me in all I do. I graduated two years ago and I am currently working as a receptionist in a company here in Abuja. My boyfriend sells cars and runs other businesses too. He is also into cryptocurrency amongst other things. We really love each other but for the few months I have spent with him, I have come to realize that he has a lot of family responsibility on his shoulders. He is the third son yet almost everyone depends on him for money. They are just five. He has two elder brothers, one elder sister and a younger sister but everyone calls him for one thing or the other.

Read also: My husband’s manhood is small. It doesn’t satisfy me at all. Is there any remedy?

His elder sister is married yet she calls him to always ask for money or complain about one thing or the other. If it is not her children’s school fees, it is that her husband doesn’t give her money for food. The other time she called, she was complaining that her business was not moving and she needed money to invest more in her business and as always, my boyfriend sent her money. I was with him when she called, so after the call, my boyfriend was complaining that this was the second time he is sending money to her for this same business thing. He also said that he has sent her husband money one certain time to fix his business and now that his business is thriving, he no longer takes care of his sister and the kids. He was sad about the fact that her sister was struggling and he went on to tell me that there were many times when he took care of the school fees for his sister’s kids.

His brothers on the other hand have nothing meaningful that they are doing. The first son has a wife and owns a boutique but he still does not make enough money to care for his family. He calls my boyfriend to ask him for money from time to time. His wife works as a customer care representative in a bank but collectively, they still find it difficult to take care of their family. His younger sister is in school and he is the one training her. He pays her school fees, lodge rent and also sends her money for upkeep. The second son is trying. That one is not yet married and even though he is not all that well-to-do, he is okay and rarely calls for money except when he is in dire need of it. My boyfriend still takes care of his parents. He loves them a lot so he sends them money regularly and ensures that they don’t lack anything.

Read also: My husband smokes a lot and I hate it. How do I make him stop?

He still has cousins that call him to ask for money. Many times he complains and I see how helpless he is. He is a nice person and most times he doesn’t know how to turn down people’s requests. I love him so much and often, I wish I could stop everyone from calling him or even tell him not to outdo himself but I don’t have that right. I don’t like how helpless he feels when a lot of people call him to ask for one thing or the order. Sometimes he talks about spending the rest of his life with me but I am usually scared about what a future with him would look like. He is everything I want in a man, he is caring, supportive, decent, calm and smart. He is also good looking and quite talk but I don’t want to be with someone who has a lot of responsibility. It feels like he is the tree in his family while every other person just relies on him for support. Please what can I do? I have thought about this so many times but I don’t seem to have an answer for myself yet. Please help me.