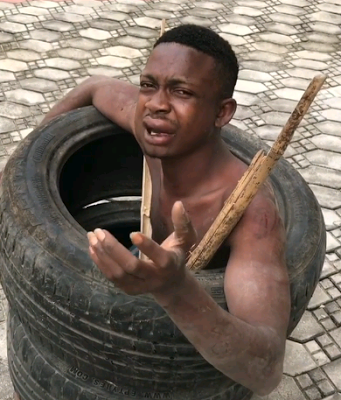 Rapper, Yung6ix, is again the news and this time it is more personal.

“Apparently before I got back from my gig over the weekend my cleaner took off with some of my properties including cash of a million plus. Area boys who where aware caught him and was beating him before I intervened and handed him over to Police after he agreed to take us to his accomplice to recover the money and other valuables. Sad shiii people do to those tryna help them.”