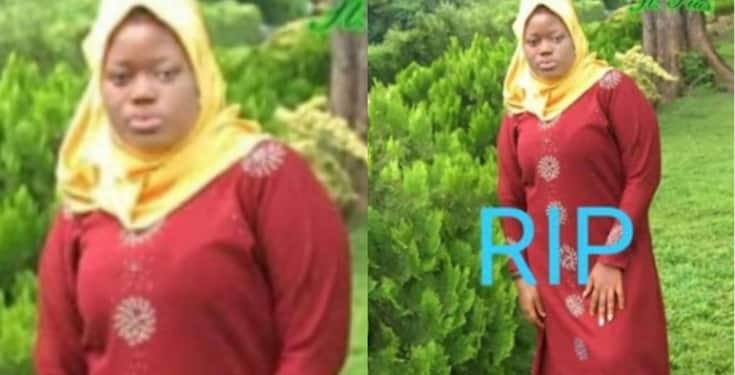 The father of Barakat Bello, the 19-year-old student of the Institute of Agriculture, Research and Training, Ibadan, in Oyo State, who was stabbed to death by the armed robbers who invaded their home on Monday, June 1, has revealed that she was raped before being killed by her attackers.

A Facebook user who initially shared the story online, claimed she was stabbed to death by the robbers because she resisted their attempts to rape her.

However, her father had an interview with Sahara Reporters where he revealed that sadly, the armed robbers raped his daughter before they stabbed her to death. Narrating what happened, Kasimu Elepo, said;

“I was not at home when the incident happened. The younger sister was not at home too, she went for Quaranic lessons but when she returned home, she saw her at the back of the house with deep cuts all over her body. She had been raped and killed.

Somebody called me on the phone that I should come home but he refused to tell me what happened. When I got home, I saw that my daughter had been raped and stabbed to death.”

Oyo state police command spokesperson, SP Fadeyi Olugbenga, has said an official statement on the incident will be released soon.