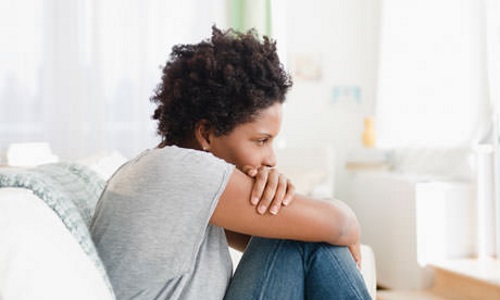 I had sex with my new driver in order to give my husband at least just one child, fortunately instead, God bless me with twins, a boy, I was married to Philip for 8 years. There were no child. The most disappointing was that I never conceived even for one day.

His mum was so impatient to the extent that she started acting up, saying all sought of things about me to her family memebrs. She gave me no breathing space whatsoever. She moved in with us and virtually made my entire life unbearable in my matrimonial home. I can not drink water and drop the mug simply because she needs to insult me at every available opportunity..

It reached a stage that she stopped eating anything food i cooked, because, according to her, I ought to be providing for the kids, to ensure that they would grow healthy and stronger instead of her.

ALSO READ:My Marriage Is Suffering:I Can No Longer Manage My Wife’s Issues

She at the same time stopped speaking with me. The only time she spoke to me was when she feel like insulting me and reminding me of how less a woman I had been. Philip and I love one another a great deal that he stood by me, in spite of everything his mum did or said to annoy me so as to go away from him.

We have seen a number of specialists and they all certified us medically fine. I have been to churches, had vigils as well as fasted for several days, consumed numerous concoctions of assorted colors and combinations, virtually all in the name of getting pregnant to make sure that my mother-in-law would stop embarrassing me. Yet, I couldn’t become pregnant.

To make matters even worse, she got reed of the house-help, she said: “You don’t require any house-help, because there are no kids to care for. Look after your home, yourself and stop throwing away my son’s hard-earned money.”

It actually was only the three of us living in the house. God, I became so scared even when I heard her voice from a far. It was so distressing to say this, but my hubby generally pleaded with me to leave the room which made him feel very unhappy, particularly those times I declined since I didn’t wish to come face-to-face with his mum.

ALSO READ:My wife said something strange about her ex, and it’s really getting to me.

Any time her problems became too excruciating, Philip pretty much threw her out of our home in order to make me feel comfortable and safe in my own house.

Even though she’d left, I could truthfully still hear those insults inside my head, therefore I made a decision to take a bold move. I lured and had sex with our driver, Okon.

He’s a graduate of mechanical engineering, unfortunately due to the fact that he couldn’t obtain a good-paying job, he decided to become a driver. I guaranteed him a very good job if he had sex with me only one time, but I by no means revealed the reason behind this.

However, Okon believed I simply desired to be unfaithful on my husband with him. I organized it within my ovulation to make sure that I really could conceive, even though it wasn’t easy having sex with a different man. I understood I was cheating on my husband, however I first viewed it as a necessary steps to take.

Soon after , I realized that I have conceived. So, as promised, I managed to get a job for Okon in a friend’s organization, where he soon started earning almost N150,000 monthly.

As Soon As I told Philip that I have conceived, he was very happy. “Sweetheart, God has eventually answered our prayers. I am pregnant,” I revealed. Right After I was five months into the pregnancy, he told his mum and she promptly came back to our house. She spoiled me just like a baby as well as took proper me.

I certainly not planned to do any scan, however my mother-in-law was adamant. When I eventually did the scan, it revealed I’m expecting twins, a boy, and a girl. My mother-in-law and my husband were incredibly delighted, while I felt much pleased. “God, am thankful for compensating me with a set of twins just after eight years of barrenness,” I muttered.

As soon as the twins were given birth to, the girl was unwell for some time. It took quite some time before she completely recovered after a number of treatments which got me anxious. Philip and I insisted that blood tests be conducted on them to find out their blood group and Geno-type and after that came the surprising discovery.

The physician told us that even though their blood groups are both A, but interestingly, their Geno-types are AS for the girl and AA for the boy. Meanwhile, Philip and I are both AA.

I wanted the floor to open up and swallow me up because I felt Philip would start asking questions, but as it turned out, he didn’t. He just said: “Sweetheart, let’s go home. We have had quite a long day. You and my babies need to rest.”

3 months after, he held me closely and said: “Monica, don’t be frightened. I don’t need to know who the dad of the twins is. I understand anything you did, you did to save our marriage and i’m very very pleased with you.

“I promise to continually adore you and my babies. I assure you this will be a secret between us. I love you, sweetheart. I am certain we’re going to have our very own children someday.”

I wept as he wiped my tears with his hands. I understand what I did was completely wrong, but at least my mother-in-law is incredibly pleased with me, and that is certainly all that matters.

Despite the fact that everybody is happy, I feel guilty that I selfishly used an innocent man to accomplish my aim.