My Fiance hates it when I use a condom 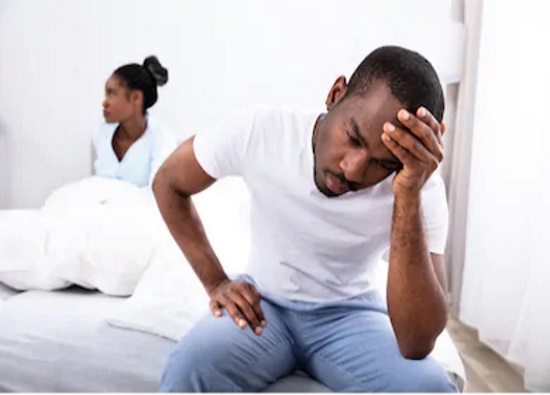 I’ve been with my Fiance for 2 years. We met in uni and just hit it off from there. However, something weird happens during sex. She never has sex with me if I wear a condom. She always wants to go raw and I’m worried because she isn’t on birth control.

Last night, I tried putting on a condom and she yelled at me and said I wasn’t a real man, and that only sissies wear condoms. It was really weird and I wonder if some women are insulted if a man wears a condom during sex. I have no idea why she’s acting like this, she’s only started this way 2 months ago.

So, my curiosity got the better of me and I checked her phone while she went to the store. I looked through her text messages and saw an exchange with her friend on the phone. In the text messages, my Fiance talks about how she doesn’t want to lose me, and how I have way too many options compared to her. She talks about how jealous she feels when other girls try and flirt with me. My Fiance and friend discussed trying to get her pregnant so I won’t leave her.

ALSO READ:My girlfriend said to me she was with a friend, but that friend was with me picking out an engagement ring. How do I confront my girlfriend about her lie?

I’m really not ready for kids at all, and it makes it really uncomfortable that my Fiance would want to trick me into getting her pregnant. When my Fiance came back she immediately tried to initiate sex, but I refused.

It then blew up into an argument. She started talking about how I didn’t love her and that I’ve been distant lately. In a fit of anger, I let it slip that I went through her phone and I knew she was trying to trap me. Things only went downhill from there and devolved into a shouting match.

I left the house and packed up most of my things. I don’t think to stay with her is worth my time anymore and she kept trying to gaslight and manipulate me. My phone is still blowing up from text messages, saying that she loves me and she wants me to take her back but I’m not buying it.

What should I do and how do I navigate this?