My Fiancee Is Always Getting Into Trouble-How Can She Be Wife Material? 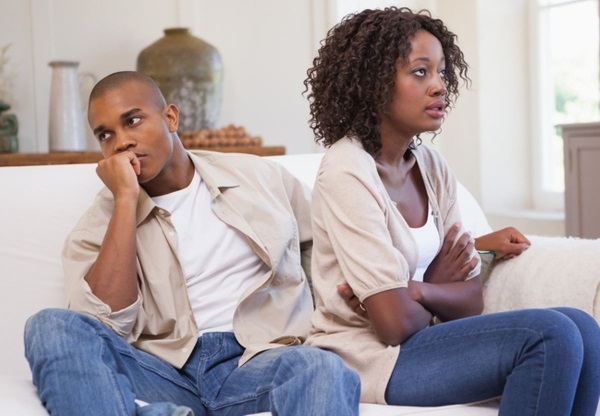 Please I would like your advise. Its between me and my lady. We met a year ago and I conveyed my interest in her. She resides in Benin, while I work in Lagos. I assisted her get a job in Lagos that was how she moved to lagos living with her relative.

After some time,roughly around February this year,she said she can not continue living with that relative anymore simply because they’re being really mean to her and treating her bad. So I pleaded with my elder step-sister allow her stay with her and her family.

Really the only other option would’ve been for her to come and reside with me but I know my family is not going to allow that. My sister agreed to accommodate her until we get married in October this year.

ALSO READ: My Best Friend Is Threatening My Marriage Because Her Ex Is In Love With Me.

But,ever since she moved into my sister’s house,it has been one problem or another. First,my sister complains that my woman put on revealing clothes around her house. My sister is a born again and doesn’t like people wearing trouser around her not to talk of sexy clothes.

I spoke to my girl and she promised to change. After that,she make a complaint that my woman doesn’t help her in cooking,I talked to her again,she adjusted. In a nutshell,my sister was not impressed with one thing or another and when she does,I talk to my woman and she always try to adjust.

So,due to the fact my woman comes back earlier from work before my sister,she would help her in cooking dinner and serving her husband and her kids,my sister used to truly appreciate that until she began to get jealous that her husband is starting to become too friendly with my woman.

ALSO READ: Genotype: The Reason Behind My Unhappy Marriage.

I really have no idea what her concern is and all these complain is making my woman feel very bad and she would cry to me all the time that my sister is impossible to please. Anything she does in the house,my sister will grumble and she knows she has no where else to go to.

I used to tell her to come over to my place and stay until night,so she can go back to my sister’s place.We believed that is good in order to avoid quarrels. A few weeks ago,my woman called me shortly before bedtime that she was sleeping in her room when she felt somebody touching her,she got up to find my sister’s husband attempting to force himself on her. She was crying and I told her to calm down.

I inquired where my sister was,she told me in her room. I phoned my sister and told her what my woman just said to me. All hell broke loose,stating that she knew it. That I brought a Jezebel to scatter her marriage. I was surprised but I couldn’t go to their house because it was late around 1.40am already.

I got to their place around 5.30am. My sister had by now told my woman to pack her possessions out of her house. I was furious with her for defending her husband when evidently it was her husband who attempted to rape my woman.

ALSO READ: I Want My Husband To Be Emotionally Available: Am I asking Too Much?

That is how my woman was thrown out and she went with me to stay in my place where she has been since a few weeks ago. The issue now is,my sister has told everybody in my family that my woman is a harlot,that was why she was chased from her relatives place when she first came to Lagos and that she attempted to attract her husband but did not succeed.

Of course,her husband was busy informing people that my woman was the one attempting to seduce him. That when no one is watching,she’ll open her breast and all. Well,its his word against hers however because my elder sister never liked her and the way she used to dress initially,its making it seem like all they are saying about her is true.

This problem has put a strain on our relationship. My woman got frustrated,give up her job and moved back to Benin. She isn’t happy the way she is being painted as a loose girl by my family. I would like to believe her and keep our relationship but my family remains to be biased about her. And I have no idea what to do.

Should I give up the relationship or believe my girl over my family? If I go with my woman,how will my family ever take her back? All these is just so complicated. I believe my woman is being truthful however everything is just so complicated, why do people keep protesting and complaining about her..is this a sign that she may not be a good wife material? please advise me,what should I do?