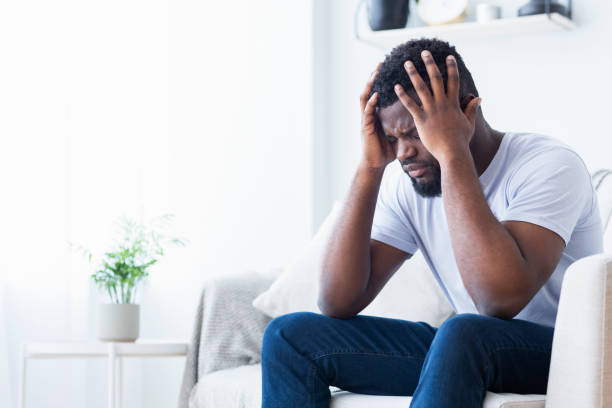 Hello, Naijaaparents. Thank you for all your good works. I have a problem and I would like you to share with your readers. I need help as soon as possible.

I have been dating my girlfriend for over two years now. We met at a mall. It was raining and I offered to give her a ride. Things grew in the positive and we started dating. About a year down the line, she experienced some challenges at work. Her company laid off some workers and she was affected. When she was unable to pay house rent and other bills, I asked her to move in with me since I have a pretty large and comfy space and I am doing well too. When she moved in newly, we were very cool, did things together and also helped each other. She was vibrant and didn’t like staying at a place so we searched for jobs. My girlfriend was neat, helpful and did the house chores swiftly even without being asked.

ALSO READ:My husband’s company has crumbled and we barely have enough to feed. My ex-boyfriend is doing great and wants to marry me.

When I go to work, she would arrange the house, clean and also cook. It was good living with her and we had little or no problems. On my own part, I hate dirty areas or dirty things so I tried as much as possible not to leave the house filthy. We continued searching for a job until she landed one. The pay wasn’t all that great but it was good enough to actually get her basic needs. It was a lift for me, although I was not complaining – she was very helpful and a good company too. She started going to work and still did the basic things. We would both get up early, set the house and then I will drop her off at work. We continued living well. However, she kept on complaining about how demanding her job was and we had to start job hunting again. I asked my friends to give me a heads-up if a suitable position comes up.

After about two months, she got a job at a company my friend shared the vacancy with me. The pay was very good. I mean very very good. It was way more than what I earned. I was glad we both could pay for things in the house. She resigned at her former place and started working there. Later on, she started acting weird. She would leave the house before me without cleaning. She would get back late from work and leave her shoes in the sitting room. In the morning she would barely fix breakfast, litter her dressing table with her makeup kit and leave for work. No serious conversation whatsoever. No vibe, no energy! Let me not talk about cooking. This girl no longer cooks. She only cook on Sundays and it’s just rice. I will get back from work, get to the mall, pick up groceries, cook and store in the freezer. This girl basically did nothing.

ALSO READ:My wife is obsessed with movies. I want her to spend her time wisely but she refuses to listen.

I still paid the bills; rent, electricity bill, security, name them. I still buy food and do every single thing even when she earn more than I do. She changed her lifestyle, bought expensive clothes, bags and shoes regularly. I spoke to her about her attitude countless number of times yet no change. A certain night, I got fed up with her nasty attitude and spoke to her harshly. She said horrible things too. She said I am the man, thus should act as such. It wasn’t in her place to pay the bills but could only help out. She brought up the feminism talks. She said I should also learn how to cook and arrange the house since it’s not just a woman’s duty. Before you call me a narcissist or any other horrible thing you can think of, remember I provided for her, paid the bills without complaining and still helped her secure this job.

I honestly love her so much but this recent act of hers is really annoying me. She moved out of our room to another room, she hasn’t spoken to me for the past two days. I have apologized and she claims to have forgiven but there’s no change in her attitude. She just started greeting me this morning. I got her her favorite snack and a jewelry she once spoke about. She accepted them coldly too. What should I do? I still love her but I don’t know if she will change.

Comments to My girlfriend earns more than me. She doesn’t do anything in the house and now claims to be a feminist. She thinks I should also clean and do the chores. Is she okay?