My girlfriend is too dependent. She collects money from me for everything. I don’t want to marry a liability. 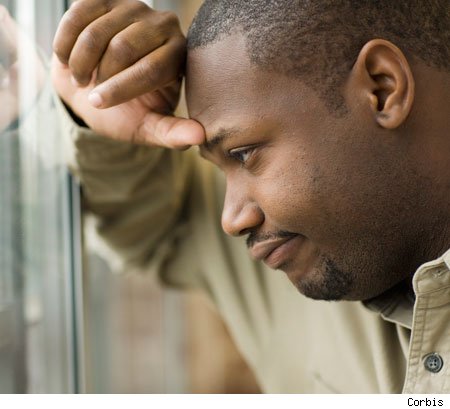 I have been in a relationship with this lady for some time. She is nice and homely but she is too dependent. She collects money from me for everything she needs. I’m a hustler and I work for every penny I earn. She’s still in school and has two years left before she graduates. I have paid most of her bills since the day we started dating. It was part of her requirements before she accepted to date me. At first, I thought it would be nice to take care of my girlfriend’s financial needs. She also gives me sex and cooks for me when she is opportune to come to my place.

But after dating for a year, I recently calculated how much I’ve spent on her. The total amount is up to #500,000 naira. It would have been more if I didn’t say no to some of her wants. I’m a business-minded person who likes to invest in what will yield profit. The money I’ve spent on her was just to make her feel comfortable in school so she can focus on her studies. But I don’t think I can cope knowing that my investment might not yield anything at the end.

ALSO READ:My mother has “disowned” my sisters and I don’t know what to do.

I don’t pay her school fees because her parents take care of it. But I pay for everything she needs and desires. I give her #15,000 as a feeding allowance every month. Each time she sees a new dress that she likes, she will screenshot and send it to me. I have no choice but to pay for it just to make her happy. Her monthly data subscription is also on me. I always want to be aware of her whereabouts so I have to make sure she is always online. We make video calls almost every day if she doesn’t come to my place. That’s why I have to subscribe to her.

Not long ago, she has been trying to bill me for extra stuff. I guess I’m gradually turning into a father Christmas because she will tell me that her sister or brother needs money. Even her friends will be trying to task me whenever I take them out. They will be trying to stylishly collect money from me.

I like to give, no doubt, but I don’t like it when people take advantage of my generosity. I’ve been thinking about her matter. What if I become broke and I can’t afford to give her money anymore? Will she leave me or she will stay? I’m really not sure anymore.

I once asked her what her future ambition is. She said she wants to get married after her graduation. She said she just wants to be a housewife. I asked why she doesn’t want to work. My girlfriend just said that she doesn’t have the strength to work. She also added that there’s no need because her husband should be able to cater for the family. She said that’s why she only dates guys who have money to spend. At some point, I began to feel that she’s a gold digger but she might have her reasons. I don’t like to judge people because there are guys that also marry women for money. I also understand that no one wants to suffer.

But I can’t open my eyes and let her keep digging a hole in my pocket. I feel she can pick up a side hustle while in school. I discussed this with her but it’s clear that she doesn’t want to do anything. I would prefer it if she would do something no matter how small. She doesn’t need to make much money. I just want to make sure she is working on herself. She could pick up a new skill or learn handwork. I am ready to pay for her training if that’s the problem. But she just wants to have a degree and get married.

Having a degree is good. I have my certificate but I don’t use it for my business. The school helps to teach vital things that a person needs but I also learned many kinds of stuff outside school. I have tried to explain it to my girlfriend but she is so adamant. She might be a liability now but I want to turn her into an asset. She needs to be able to fend for herself if anything goes wrong. I wouldn’t want to financially down and my woman won’t be able to fend for herself or even help me out.

I don’t even think she has savings. When she asks me for money for something like a bag or shoe, I usually ask to see it. Most times, I expect her to tell me that she has changed her mind and decided to save the money. But no, she will show me the item and talk about how lovely it looks. I don’t think I can have her for a wife. I want a woman who is conservative with her spending. She is supposed to even tell me to save and invest for her future. But she doesn’t mention anything of such.

I can’t even go to her for advice about money matters because she won’t say what I need to hear. It’s all about flashy stuff for her. I want to marry a woman who is deep and insightful about matters that will shape our future. A man doesn’t want someone who is too dependent and can’t strive for herself at all. Even if she’s working, I’ll still take care of her. But she has to save for the future or to even start her choice of business. I need advice about this situation. Should I continue and try to make her change? Should I threaten to break up with her if she doesn’t adjust? I don’t want her to be wasting my hard-earned money. I’ve been having sleepless nights because I can’t afford to be spending so much on her. Please suggest what to do.