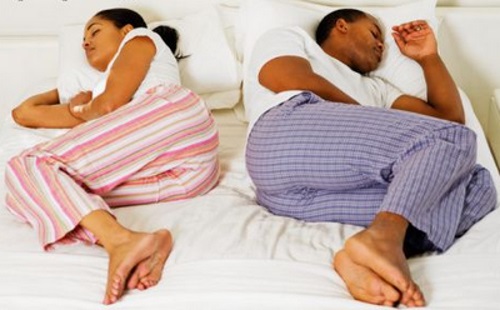 I’ve been married now for almost 3 years and my husband and I have never made love. I could say he was impotent but to be honest, I really do not know the reason why. We were both celibate and Christians before we were married, and it worked out for us as there was no pressure to go against our conscience.

After he proposed and we started marriage counselling, we began to discuss sex and he used to go into some small detail about how excited he was to be getting married, and especially to me, and some of the things we hoped to be able to do after we became man and wife.

I was a bit hesitant to talk so openly but I was glad he wanted and desired me. Also he initiated cuddles some months to our wedding so we could begin to get used to each other. We would kiss and fondle through our clothes and it was really lovely. Sometimes he was a bit erect, other times not so much, and he never pushed me to go further. I was comfortable with that because I truly believe that sex should only come after marriage.

Well, we did get married, and since then things changed. He used to be more touchy-touchy and hugging, but this has reduced drastically. On the night of our wedding, we didn’t even try, he said he was tired. On our honeymoon of two weeks, we did try, but nothing much happened, sometimes he got a small erection but it never lasted enough to go in and he would just stop after that.

His reason was that he was stressed, and felt like I was expecting so much from him. I told him I wasn’t. I am actually a virgin and other than my husband, there was only one other guy I had kissed and made out with before my marriage.

After we came back from the honeymoon, all affection just dried up. When I try to touch him, he moves away. And once we moved into the new three bedroom we got 6months after the wedding, he asked that we have separate rooms. That has been the death of our marriage, such as it was.

As you can imagine, this has caused a strain on our marriage. I care for my husband, but at this stage, he’s more of a brother or friend to me, someone I share a flat with. I don’t love him anymore.  I’ve tried talking to him about this, but I get nowhere. The most depressing part is that when I try to ask for other forms of sex he walks away. His excuse is that if we do that, I would expect more and he didn’t want to keep disappointing me. I’m not even allowed to see him naked. As a result, I have resorted to looking at porn.

Last month, I confronted him. My parents and his mother, though indirectly, were beginning to talk too much about their expected grandchildren that I couldn’t be too blind to see what they were asking for. We had a blazing row, and harsh words were hurled. He later apologized, and for the first time confided in me that he had an STI which may have scared him about having penetrative sex. He told me to get off his case or divorce him. I thought about it but I just couldn’t do that.

To make matters worse, both my husband and I are workers in the church. If I could, I would get out of this marriage without delay, but I feel trapped because of what our pastor and church members would say. How would I even tell them the reason for our divorce? Also, I feel like I’ve given so much to this relationship and I don’t know how to start all over again. What of if the next man proves to be just as bad, or worse?

I’m 33 years old this year and sometimes, it’s like my life is wasting away. I married with the hope of building a marriage of love with my husband, and having children. All those dreams have gone up in smoke. Only my career and church keeps me going, but the temptation is building to either damn it all and leave him, or have an affair. He travels a lot, so it’s not as if I can’t pull this off.

It’s not that I have no more feelings for my husband. He has never been abusive to me. Only that he cannot offer the love and TLC that I crave so desperately and is not understanding to meet me halfway. My self-esteem is at an all-time low. I have gained over 20kg since I got married because I feel totally undesirable. I just do not know what to do.