My husband hits me whenever we have an argument. I am tired of constantly being bruised. 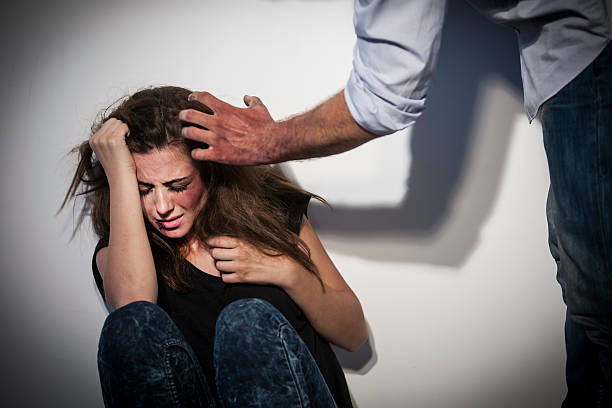 I am a young mother of a little child and we have been married for only three years. My husband used to be a good man and we had a long relationship before we got married. We dated for two years and he was a great person then. He respected me and made sure he treated me like a woman. He never did anything that would hurt me and even when we had issues, we openly spoke about them and made peace. While I was getting married, I had no doubt whatsoever. I was happy and also assured that I was marrying my best friend. I mean we dated for two years so I was very sure my marriage would work, at least we’ve known each other for a long time so it would be easier for us to blend in and even handle any misunderstanding but I was wrong.

Read also: My husband’s brother is making sexual advances towards me. I am very uncomfortable.

I won’t be wrong to say that ever since I got married, I only enjoyed my marriage for the first one year. After that my husband changed completely. I can no longer tell if he is the man I knew some years ago or the man I got married to. Everything about him changed and it was as if we became strangers. My husband even started beating me. This was an attitude he always frowned upon. While we were courting, he always said that men who hit their wives were lowlifes and should be ashamed of themselves. I am surprised that he has grown to be what he once preached against.

Whenever we have a little misunderstanding and I am close to him, the chances that he will not slap me are very slim. He has changed a lot and rarely takes care of me and our only child. I do not work so I always depend on him for everything. The last time we had a little argument, he slapped me and my eye was swollen for about one week. What was my offence, I told him that we ran out of foodstuffs in the house and I would need money to restock. The soups in the freezer were almost finished and I gave my child special milk for brain development and it remained small. I told him this for about 3 weeks and he kept on saying he would give me money but he never did.

Read also: My girlfriend steals my money. What do I do about this?

I kept on managing until I could not do it anymore. So that morning on his way to work, I insisted he was going to give me money for food or he won’t go to work but he thought I was joking. I locked the door, hid the key and stayed in the room. I didn’t serve him breakfast because I was angry. When he finished preparing for work, he wanted to leave but realized that the door was locked. He walked into the room and asked for the key. I told him I wasn’t going to give it to him until he gave me money for food. He got and slapped me. As if that wasn’t enough, he continued beating me until I gave him the key. I am tired of this marriage. It is only Three years but I am tired.

This man beats me for almost every little thing I do wrong. I don’t want to remain in this house before he beats me to death. Please, what should I do? I am worried for my safety.