My husband is cheating on me with my friend. I’m going crazy. 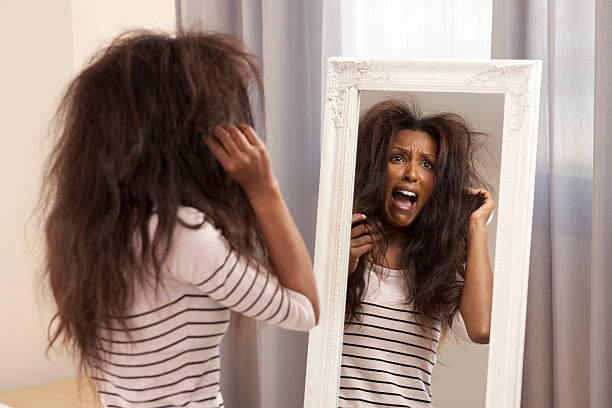 I am a woman in my late forties. I am married with four children who are still in school. I have been living peacefully with my husband until recently. He has been out of a job for three years. All these while I have been handling everything in the family. I pay the house rent and the children’s school fees. I also buy clothes and feed the family. He contributed nothing to the growth and welfare of the family, yet I didn’t complain. I understood it wasn’t his fault that he was doing nothing considering the state of things in the country. He would often search and apply for jobs. Sometimes he would be called for interviews but won’t be hired. I kept praying for him and providing for the family.

I am just a mid-level staff in a consulting firm. My salary is not all that great but I still manage. When it gets overwhelming, I take loans to support the family and pay school fees. Countless times we have been embarrassed by our landlord because of our inability to pay rents. I have always prayed and believed my husband will get a job so he can at least help me out in catering for the family.

I met an old friend of mine who was very close to me in University. We got talking and I realized she owns a popular company in our state. She asked about my family and how well I’ve been doing. I opened up to her about the situation of things in my home. I also told her how my husband has been unable to get a job for some years and how difficult it has been for me to fend for the family alone.

She was sorry to hear about my situation and asked me to send my husband’s CV. I was so happy and appreciated her. When I got home, I told my husband and children about what happened and went ahead to send his CV to her email. She called later to acknowledge receiving it.  We kept in touch and I kept praying for something positive to happen.

ALSO READ:Uncle fucked mum 37 year’s ago, I’m the product of incest and have just found out. Do I tell my dad/cousins/siblings?

Two weeks later, I was at work when she called to tell me she had a vacancy for my husband and asked when he would be able to resume. I was so excited and of course, told him he would resume immediately. I didn’t know the position he had for my husband but I was just happy he would at least start doing something and earn some money to help me take care of the family. I called my husband and told him immediately. He was pleased. That night we celebrated in our little way. We ate and had a few soft drinks we bought at a nearby store.

My husband started work the next Monday. When he returned, he told us he had an office of his own and was responsible for supervising some staff and projects in the company. He also told us how nice my friend was to him and made known his salary. It was large. Almost twice what I earned. We were all excited. I called my friend and appreciated her.

Time went by and things changed. My husband kept late nights and unusually went to work on weekends. When I confronted him, he said work was becoming very demanding. He no longer provided for the family as before. He always gave excuses on why he wouldn’t give me money even when I still earned and rarely asked for money. He told me how he was investing his money in important things that will fetch us so much money.

I tried so much to advise him and let him see how much he was changing but all my efforts were futile. He went on business trips and unlike before that he spent about three days, he spent more than one week. Sometimes two weeks. I confided in my friend about this recent change in attitude. She told me she only knew about work and why he worked on weekends and also stayed longer on business trips. She promised to speak to him and also assured me he will change. However, he didn’t.

I couldn’t keep calm anymore and I began spying on him. I found out he spoke and chatted with a woman at odd hours. He also changed the password to all his devices. I just found out last week that he is cheating on me with my friend, his so-called boss who is also married. I feel my world is crashing. I don’t know what to do. I have spoken to my husband. He admitted it and shows no sign of remorse. He said I shouldn’t bother speaking to my friend about it or I will be surprised at his actions. I feel so stupid. I want to inform my friend’s husband but I don’t know if it’s a good idea. I don’t know what else to do. This is so unbearable. Why are men like this?