My husband is cheating on me 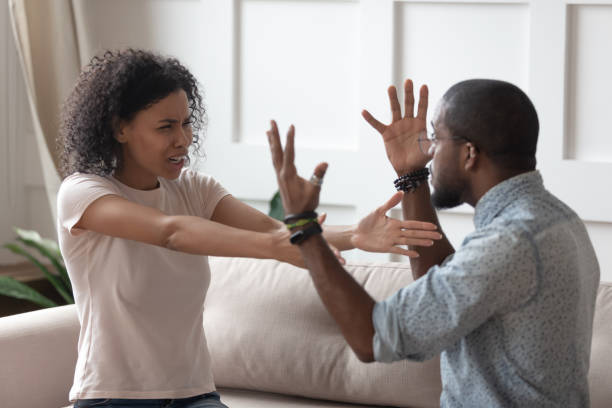 Please keep me anonymous. I need your help. I just found out that my husband is cheating on me. I can’t even explain how I feel about this. Words are not enough to do justice to how hurt, broken and disrespected I feel. In our 11 years of marriage, I have given everything I can for this man and our children. I go out morning and night toiling like a man and this is what I get in return. I work extremely hard to put food on our table. My husband is a man that is so comfortable with how he is currently, he doesn’t believe in making extra money to live a more comfortable life. He believes that if you can feed well, pay rent, send money home and effortlessly pay for your bills at the bar when you hang out with friends that you are comfortable and shouldn’t struggle to make more money.

I do not believe in his ideology. I see things differently and that is why I hustle to make more money and give my family a better life. He often sees me as an over ambitious woman who is not content. Because of this, we usually quarrel about different things especially when it has to do with my quest to make money. A few times when I stay outside till late in the night, he makes a very big issue out of it and raises his voice so much that our neighbors here try to intervene. He wasn’t always like this. When I met him, he was jovial, nice, ambitious and cared too much about securing his future and that of his family, especially the future of his unborn children. We had similar ideologies but after some years of marriage, he got so stressed that he began to change.

On a certain evening, he told me that he has seen so many things while trying to make money but he has failed to live in the moment and he was going to start doing that and leave the future to worry about itself. That was the beginning of his lackadaisical attitude. During Christmas, I struggled to get clothes for our children, he didn’t budge. He said they could wear the clothes they had. We quarreled about it so much but I had to buy new clothes for my children. Throughout the season, we were not entirely close. On New year day, I suggested hanging out with the children on the 2nd but he said it was unnecessary. He left on his own. I prepared my kids and we were visiting different restaurants and other places for sightseeing. We went to Kilimanjaro and while we were eating, my youngest daughter started screaming daddy daddy and ran off towards him.

Read also: My wedding is in one week and nothing is ready

That was when I saw him with another lady. The shocking thing was that he completely ignored us and told the lady to ignore us as well. I was embarrassed as my other  children were watching. He didn’t acknowledge us at all and I couldn’t endure it. I caused a scene and that was when I realized he has been seeing the lady since last year. He left my kids and I at the scene. I have never felt so embarrassed in my life. Even if he wanted to ignore me, I didn’t mind but he ignored his kids as well and the hurt in their eyes was too much. I gathered them and left. He has not come since then and I don’t know what to think. I didn’t call him because I am still hurt. What should I do about this? Should I call him or make it known to his family what is going on?