My husband is lazy and indifferent. He wants me to give him a huge amount of money so he can start a business. 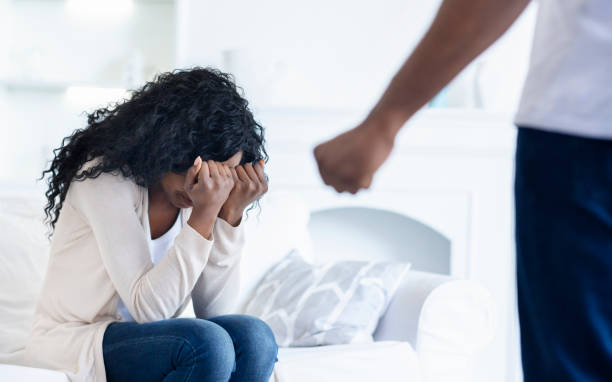 I have a problem that is about to break my marriage, so I need advice from your readers. I am a married woman with four children. Two boys and two girls. I come from a rich home and I lost my mom five years ago in a plane crash. Last year, my dad died as a result of an illness. After the burial, my brother decided to share some of his property to us, the female children and take a higher percentage as the only son.

This was a good idea as he was not under any compulsion whatsoever to share his inheritance with the girls. This was according to the custom of our village. After he shared my father’s property between himself, my two sisters and me, I got a good amount of money and some landed property. My husband knows everything that has been happening and when I got my own share he asked me to give him money for his business.

My husband is a very lazy man. I do most of the things in the house. He was a federal worker but due to his lackadaisical attitude and laziness, he was sacked. I spoke to him on several occasions to search for work in other institutions so he can provide for the family as the man he is but he refused. There was a time I got a job for him through the help of a friend but he turned it down. He said the job does not befit him and his status. Does a jobless man have status? I was really angry and it led to a big quarrel. We didn’t speak for weeks and after some time, he apologized and agreed to work if something more come up.

I got another job for him and he started work but as usual, he was not adding any value to the organization. Because of this he was sacked. It was frustrating to handle all the affairs of the family on my own. After numerous trials and errors, I suggested he starts a business. He jumped at the suggestion and I felt something positive will come out of it but I forgot that a leopard never changes its spots. I raised money and opened a mini mall for him but he squandered the profit and the capital too. Within six months, he was back home and the shop was rented out. We were back to square zero.

My husband is very unbothered. No matter how much I complain of financial issues, this man does not feel the need to do something. He relaxes, I provide food and pay the children’s school fees. All he does is eat and press his phone. Back to my story, when I got my own share of my father’s property, this man, as lazy and dishonest as he is, expects me to give him money to start another business. I disagreed because I knew he would just waste the money and I don’t have any dime to waste. He got angry. I asked him about the kind of business he wants to start and he said it’s cosmetics. Cosmetics? What does he know about cosmetics? Absolutely nothing.

I told him to learn from someone first so that I can start one for him but he refused. He said there is no big deal in it that it is just to know their names of the products and their prices. This man does not even think about his buyer persona, what they want, how to approach them. Nothing! Absolutely nothing. All he wants is for me to give him money. I refused and he has been threatening to end the marriage because he believes I am a disloyal wife. God knows I am only in this marriage because of my children and because I don’t want people to look at me like a terrible woman and divorcée.

ALSO READ:Uncle fucked mum 37 year’s ago, I’m the product of incest and have just found out. Do I tell my dad/cousins/siblings?

He is becoming very serious with his threats. Two days ago, he slapped me and rejected my food. I need help. I don’t want to give him that money because I know he will just waste it and come back to this house for me to feed him. Please advise me. This miserable and lazy man in the mask of a husband wants to kill me. Help me please.

Comments to My husband is lazy and indifferent. He wants me to give him a huge amount of money so he can start a business.