My husband is still stalking his ex-girlfriend. 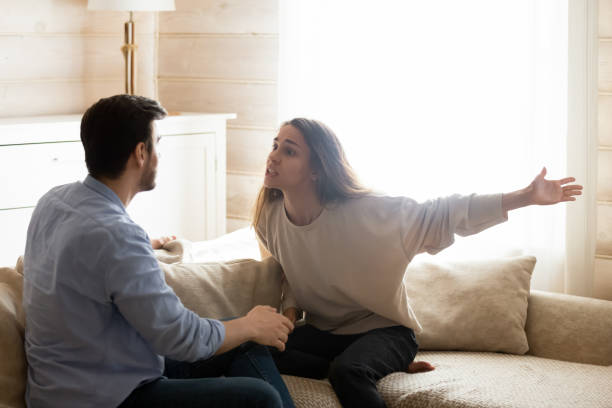 Please post this anonymously. I am a well trained medical lab scientist and I earn quite well. I support my family a lot and I have a son at the moment. I am a strong believer of love and loyalty in marriage and as such, I have always been loyal to my husband. My patience has been tried a lot of times but I have never for once given room for anger and disloyalty to thrive in my home. When I first met my husband, he was a medical doctor and he was recently employed in the hospital where I worked. Our paths crossed multiple times and since I worked in the lab, he always referred patients for tests in my unit and he came a couple of times when he had to.

Read also: My husband has refused to sponsor my education.

Gradually, we became closer to each other. I didn’t have a car then and a few times he offered to drop me off at a junction near my house. From there, we started talking very well. That was when he told me about the girl he was dating them and how they were having issues in their relationship. He said he loved her so much and they have been dating for three years but he was sad that the issue was escalating seriously. I assured him that everything would be fine. In order to cut the story, the lady broke up with her and he was very hurt. He told me about it and that was how I tried to be a good friend.

I was there for him. A year after that incident, he began to get closer to me and told me he liked me. We began to date because he was a nice guy and two years later, we tied the knot. I thought I knew him but after the wedding, I discovered that he still loved his ex-girlfriend so much. He talks about her so much and he doesn’t even know when to stop. He keeps talking about how much of a great girl she is. He loves her so much. It beats me how he would still feel that way for someone who clearly stated that she didn’t want to be with him anymore. I am a great wife. I am not trying to blow my trumpet but I know how helpful I am.

Read also: My husband is cheating on me with his colleague.

We have been married for a long time now and he is still in love with her. He has her pictures and sometimes calls me her name. It breaks my heart and makes me feel sad. I keep asking myself if I would ever be enough for him. I put in a lot of work to be a great wife, I clean, cook and care for our child but he doesn’t appreciate any of these things. I need ideas or suggestions on what to do to salvage this situation. I can’t continue like this, I love him so much but it hurts not to see your feelings reciprocated. He takes care of me and my child but we don’t receive the level of love that we should receive.