My husband is very jealous and insecure. I’m tired of his attitude. 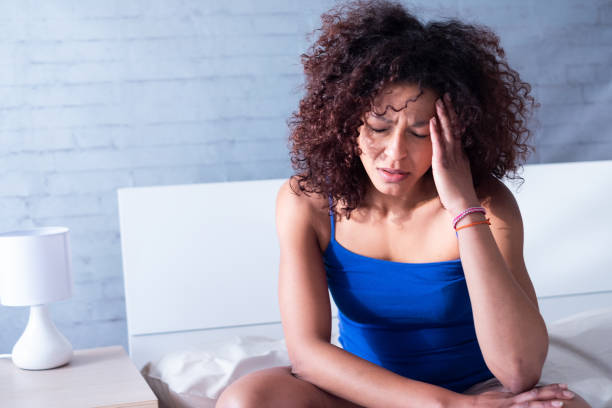 I have been married for two years. My husband is a very nice man but his recent attitude is giving me worries. He is a very jealous man. He hates to see other men around me. He doesn’t like me talking to men, not even his friends. I am aware he loves me but it is becoming too much. His love is now choking me abeg.

How does he monitor my movement? Who does that? He always feels men will ask me out. For crying out loud I am not that cheap to flirt with men. I have been very faithful to him since we got married and I don’t even have plans to cheat on him anytime soon even in the future because I love him so much and he loves me too. But his attitude is becoming irritating.

Do you know that this man stopped his friends from coming to our house because he feels they will ask me out. They used to have a routine of going to each other’s house every  month. They are just five and when it’s your turn, you host them. When they come to your house, your wife will cook for them and serve them. It is more like a get together. There will be food, drinks, enough meat, music and whatever they request.

They usually love coming to our house because I cook well and we live alone so they can party without worrying about disturbing our neighbours. But recently, my husband said he no longer wants them to come to our house for reasons best known to him. Although he didn’t tell me, but I know why. He now hosts his friends in a hotel which is more expensive because he will pay for the hall and buy food from them.

That is even a small issue. Thai man goes through my WhatsApp chats and when he sees me chat with men, he will call them and ask them to stay away from his wife that I am married to him alone. He doesn’t even find anything incriminating yet he will always do stupid things. This is no longer funny because it is affecting the way I relate with other people.

He now takes me to work and comes to pick me up even when I have a car. He just said he wants to be romantic but I know these are all lies. When he sees my greet my male colleagues he emphasizes that he is my husband and that I love him alone. I have confronted him about this but he keeps repeating it. I once told him to stop dropping me so I can use my own car but he refused.

I don’t know why he is so jealous and insecure. I have always been faithful to him and I’ll keep being faithful to him. I have told him this so many times but it seems he doesn’t even hear any of it. How do I handle this situation? It is becoming worrisome and I hate the effect it is having on me and my career including my relationship with people.