My husband shares our secrets with his family, especially his mom. 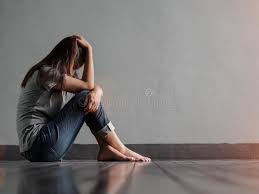 It is almost as if I don’t have a secret anymore. My husband and I have been married for two years but I won’t be wrong if I say that we don’t have secrets as a family. Before we got married, we agreed that we were not going to involve a third party in our marriage except it was absolutely necessary but this was even for a situation where we have a misunderstanding that we cannot resolve between the both of us. I found out recently that my husband is always telling his family things about us, even those that should be kept as secrets. Any little thing that happens in our house, he tells his mom about it and it makes me angry.

Read also: My husband wants a divorce. Help me.

I was having a rough patch at work because of my boss. He was asking me out even after knowing full well that I am married. I turned him down politely numerous times but he kept coming back to me. After repeatedly turning him down, he became hostile towards me. He began to treat me like a piece of shit and would always increase my workload and set unrealistic deadlines. When I don’t meet the deadline, he humiliates me. He also embarrasses me in front of my colleagues including my subordinates. It became so much that I couldn’t take it anymore so I decided to quit. Of course, I told my husband why I was quitting and told him not to tell anyone.

I began to stay at home that period while looking for another job. I stayed for about a month and his mom called me to tell me to go back to where I was working and that I should learn to work in any environment. I was very pissed. It was obvious that my husband told her about it and to think that she wants me to go back to that toxic environment made me angry. She obviously didn’t care about me. There was also a time that my husband told her that I was starving him of sex meanwhile it was when I was sick. My husband, even after seeing how frail I was wanted us to have sex but I refused. I was sick for almost 3 weeks so he said I was starving him.

Read also: My husband wants me back after sending me to my father’s house.

He has said so many other things to her and I feel like my privacy has been severely invaded. I no longer feel comfortable talking to my husband about certain things because deep down, I know he will definitely tell his mom. I no longer confide in him and I feel very unhappy about it. I am a naturally expressive person but now, I find myself holding back and trying not to spill everything to my husband who will eventually tell his family. Marriage is not supposed to be this way. I have always believed that couples should share everything and confide in each other but now my case is different. I don’t know who to confide in if I cannot confide in my husband. I have complained to him about this but he doesn’t change.