My husband slapped me because of my mother in-law 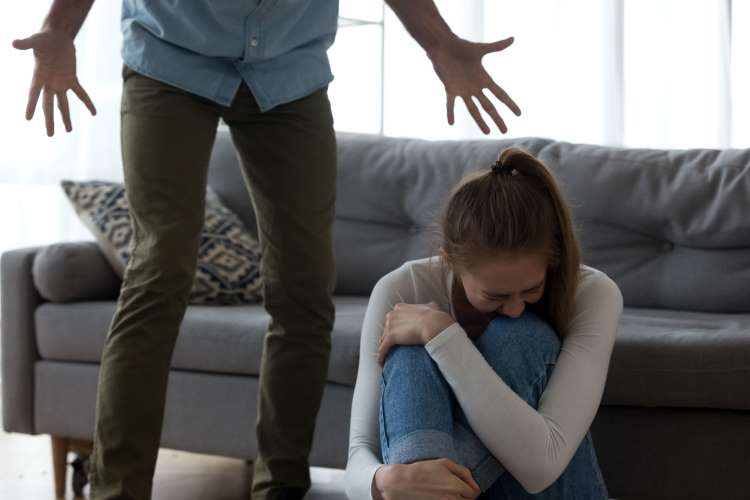 My marriage is barely two years old and this man is already giving me reasons to doubt if we are really meant to do this whole marriage thing. I got married to my husband about a year and 9 months ago and since then I have been tolerating a lot of things from him, all in order for peace to reign but all to no avail. It is becoming clearer to me by the day that this man no longer had any atom of love and respect left for me in this excuse of a marriage.

The last straw that broke the camel’s back is the one that happened recently. My mother in law came from the village to our house in Lagos. She actually stayed here for the Christmad and new year because her kids didn’t go back for the festivities. Actually, she was supposed to go to see her daughter who just put to bed in Ghana by the end of this month but as it is, I am not sure that I can stay in this house with her till month end.

Ever since she came, I have been respecting her and trying everything possible not to have any problems with her. I have always cooked early, given her enough space with her and helped her wash her clothes. But the only one thing I begged her not to do, she finds it difficult to abide by. I am the kind of person that doesn’t like anyone going to my kitchen not to talk of my pot. So because of this, I begged her to always tell me when she wants to eat so that I can serve her the meal but no, this woman won’t do it.

She will always go to the pot without informing me. On two separate occasions, my soup actually turned sour because I don’t know what she did to the soup or how she dished good for herself. I know how much I spend to make soup and she just messed it up. The soup that was supposed to last us for at least a week, I had to throw everything away including the meat. I was very angry but I managed to talk to her in a low tone. She apologized but of course, it wasn’t going to bring back the soup or the money that has been wasted.

Two days ago, I made another pot of soup and my mother in-law went to my pot when I was sleeping. After cooking, I asked her if she wanted to eat so I could give her food but she said no. I begged her, emphasis on begged. I know how much I stressed it for her to tell me and even told her to wake me up so that I can serve her if she is hungry. She agreed but went ahead to do as she wanted. She went to the pot when I was sleeping to take food and not just that she took food, she added extra salt because she said the soup was lacking salt.

I woke up when my husband came back and asked him to serve him food, I went to the pot only to find out that the soup had soured. Guys I was angry. I couldn’t mask it. I went to the sitting room where my husband was with his mother and asked if she went to the pot, she said yes and honestly  I didn’t know when I shouted at her. I was very angry. I told her never to go to my pot because the soup sours fast yet she did, I said some things I didn’t like and I left angrily. My husband got angry and came into the room to ask why I spoke to his mother in such a tone. He asked me to go and apologize to her but I refused.

He slapped me and insisted I apologize to his mother. I was in pain too. I was hurt. I know how much I used to make that soup and the stress I went through only for his mother to do what she did. We exchanged words that night and he asked me to move to the guest room. I refused and he moved into his mother’s room. Since then we have not spoken. I don’t know if I should apologize just for peace to reign or I should wait for him. I wasn’t even wrong if we are looking at the matter logically. After all, I have been asking him to buy a new refrigerator or repair the old one so we can preserve food but he wouldn’t listen.

When I remember that he slapped me, all I feel is anger and hatred. This is how they start beating a woman. From ordinary slap to something else. I don’t know if I should apologize or just wait for him to do the needful. He was even the person that slapped me not me. What do you advise I do?