My husband spent thirteen years faking being more empathetic to me than he actually is. This is a shock to me and I’m not sure what to do with it. 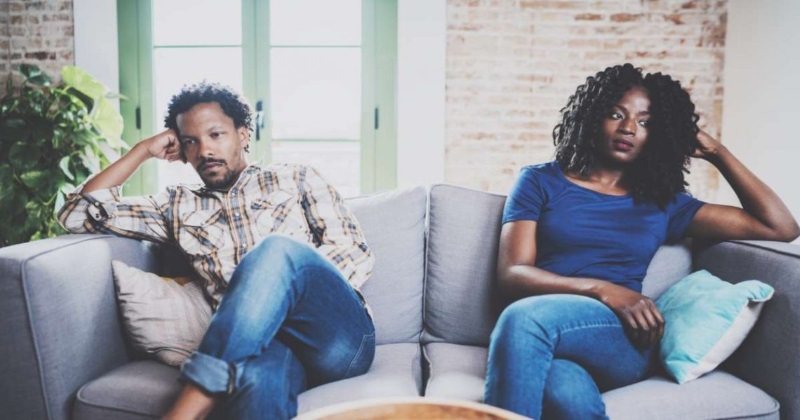 I fell for my hubby a long time ago because his empathetic nature had me think we had very similar values. I’ve just found out that it may have all been an act, or at best he struggles to feel empathy for me particularly. So what can I do?
My hubby and I have been together for 13 years, married for 9. We’ve two elementary-school-aged children together.

If anyone had asked about what it was I loved the most about my hubby, I probably would have said his kindness, empathy, and open-mindedness. Of all there is to love about him, that was what I valued and cherished the most. He knew I felt that way, too.

We met in university, in an organization specifically connected with humanitarian work. He’s incredibly philosophically egalitarian, has an incredibly compassionate worldview, and his strong political beliefs are based around altruism and ensuring everyone is treated fairly and equitably. In the way he discusses social and political issues, his empathy for other people is quite obvious.

ALSO READ; Insecurities Or Just Lies- What Is Actually Going On In My Relationship?

When we started courting, almost all his friends and our mutual associates told me what a wonderful, genuinely kind person he is and how blessed I was. I undoubtedly agreed.

I, possibly wrongfully, believed that someone automatically had to be a really empathetic person to hold the views he espouses.

He never ever did anything to prove that assumption definitively, unequivocally wrong, however there were clearly a couple of lapses in empathy toward me over the years. Whenever we discussed them, he explained them in an incredibly credible manner, relating back to (verifiably true) childhood problems. He always walked away from these discussions with a restored sense of understanding, of me and of himself. Having said that, the main issue was usually made to be my mistake, and the lapses continued to reoccur.

A very recent example. One morning, our youngest child had been a little noisy, as kids do. My hubby, who’d just woken up, snapped at me bacuase of it. Shit happens, people get out of bed crabby sometimes. It’s worth addressing, however it’s not the end of the world, I believed. So I later told him that I’d been feeling continuously criticized when it came to my parenting, and that I also felt pretty traumatised when he snapped at me. He got angry and said that I “must be living on a different planet” and ignored my complaint completely.

ALSO READ: Nearly 4 Years Of Standing by My Husband…Maybe Its Time To Move On?

I spoke to my mum about it before quarantine started, and she indicated that it appeared to be as if my hubby struggled with empathy. She told me that this was just one of several issues which established that, that it might be worth it discussing with my hubby.

I was in complete shock at first. Empathy is something my hubby couldn’t possibly lack-it was my favourite quality of his! My mum suggested some books to me in the interim. As I’ve been reading, I’ve been realizing a lot more that my mum was right. I overlooked a lot of small red flags about my hubby as a result of my preconceived notions of who he was-preconceptions my hubby seems to have wanted me to have.

I brought this up with my hubby, and he confessed that empathy was one thing he had trouble with. He explained that he had a fairly easy time with empathy when it was impersonal-i.e. empathy for victims of an humanitarian crisis or disaster, and used that to conceal the truth that he struggles to empathize in interpersonal relationships. I asked if it was all interpersonal relationships, or just me. He said he didn’t know, however he struggled to empathize with me a lot more than with anyone else. He told me he felt anger towards me during situations which would (normally) require him to exercise empathy.

So, that’s kind of a bombshell. I’m having a very difficult time reconciling this with the bleeding-heart humanist I fell in love with.

And it’s not only empathy. Next he said, throughout the course of the conversation, that I was a lot more scrupulous than he is, and that he’s much more rigid, judgemental, and unforgiving than the average person. These are traits he complained that I had, not him. He always showed himself to be constantly genuine, tolerant, and just…good, while I was worthy of permanent mistrust for minor of infractions (not telling him personal information about past traumas as quickly as he would have liked when we started dating, for example, was used to brand me as “dishonest”). So, clearly projecting. Was he doing this deliberately, to obfuscate? I’ll be a hell of a lot angrier if he was. But I just can’t tell.

ALSO READ: I Vow Not To Get Married Until I Become Rich After 6 Years Of Anguish

I understand I can’t ask him to change who he’s to who I thought he was. The challenge I’m having is wrestling with whether he purposely deluded me all these years, or whether the fault lies with me for…seeing what I wanted to see, I suppose. If he deluded me deliberately, understanding that I fell in love with his fake “empathy” and using it to manipulate me, that’s an even bigger problem, I think. He says he doesn’t know. How do I get to the bottom of it? I in all honesty don’t know where to go from here. What the heck do I even do with this information?