My husband wants an open marriage. Help me. 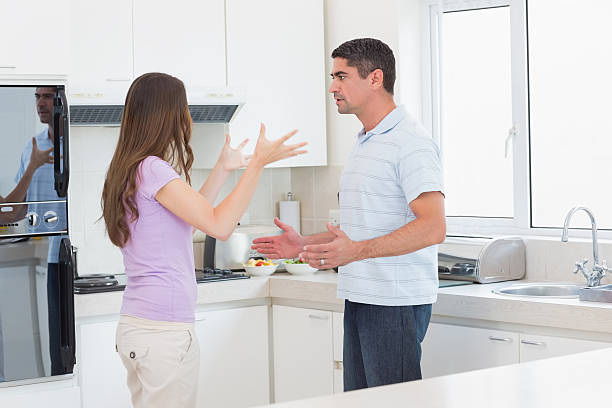 Please keep me anonymous. I need your help because my marriage seems to be hitting the rock bottom. We have been having issues in our marriage but every effort to revive our marriage and rekindle our love has been completely fruitless. With all that is in me, I love my husband and people that are very close to me can attest that I can go to any length just to see that things work out for my husband and children. We have two children aged four years and 1 year respectively. I have cared for these kids dearly and they are strong evidence of the good times I had with my husband. We used to disagree a lot. My husband is quite an uptight person and he prefers to do things his own way even though it backfires most times.

Read also: My ex is asking for sex before giving me a job in a large firm

Two years into our marriage, I discovered that he was seeing other women. He was cheating on me. Truthfully, I was broken. Cheating is a huge deal-breaker for me but even after I found out that he was seeing other women, I didn’t leave. I loved him so much and even though it was clear to me that this man didn’t love and respect me as much as I did, I kept believing that he would change and I just needed to do better. That was my mistake. Anyway, I also considered the effects it would have on my child and I didn’t want him to live without his father. I also didn’t want to be a single mother because I knew how society treats single mothers and the stigma that comes with it.

We have been managing each other since then and even had a second child later. I thought the child would make him change and be more responsible but it only lasted for a while. After about three months, he went back to his old ways and I was left to deal with it. We have been having issues since then and I have been exploring ways to make things better. However, he got home one evening and summoned him. I thought he had something positive to discuss with me but I was wrong. He said he wanted us to try an open marriage. According to him, he got counsel from someone and when he read about it, he realized that it has been helping couples fix their marital issues.

I emphatically refused. I told him blatantly that I wasn’t interested in that and would never give my consent. I know the kind of person I am involved with and I know that all he was looking for was the freedom to be openly involved with girls without being kept in check by me. He isn’t interested in saving out marriage, instead he is interested in getting his freedom and doing as he wishes. I suggested therapy or a counseling session with a psychologist, therapist or a relationship expert. I told him this but he kicked against it. Now, he is insisting on an open marriage and says it’s the only thing he can agree on now. I am tired of being confused. I am afraid that this man will get infected and bring it home. I don’t know what to do at this point.