My husband wants me back after sending me to my father’s house. 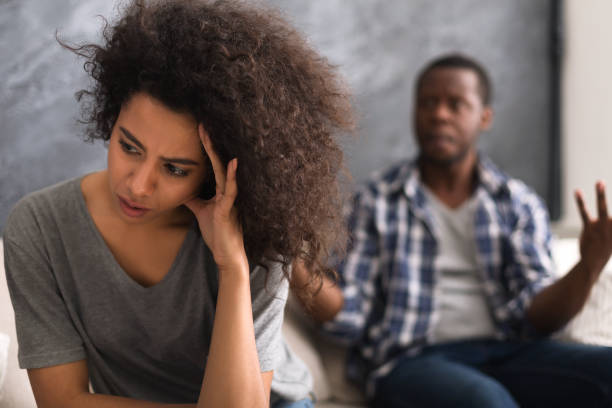 I had a huge fight with my husband and he sent me packing with my two children. It’s not the first time he is threatening to send me home whenever we quarrel but after the last misunderstanding, he insisted I leave his house. We used to quarrel a lot because my husband is a lazy man and the way he thinks and behaves most times annoys me. He takes drastic actions and doesn’t even bother to inform me or seek my opinion. As a result of this, I always confront him which he doesn’t like. The last issue we had that made him send me and my kids packing was because he sold one of our land that was in a very good site. He didn’t even tell me about it until he was taking the documents to the lawyer.

Read also: My husband wants to sell our shopping plaza to send our daughter to Canada

I asked him where he was taking it to and he said he sold the land so he’s taking the documents to meet our lawyer to finalize everything. I was so furious when I heard it and I began to drag the document with him. The document tore and he began to punch me and I ran into the kids room and locked myself. When he came back in the afternoon, he threw my things out saying that I have been disrespecting him and causing nuisance. I went to my aunt’s place and spent two days there. I was calling and begging him but he didn’t listen so I travelled back to my family house in Port Harcourt. This is currently my second month at home and he has started begging me to come back to him.

I feel very unhappy. Since I left his house, he has not called me not even to check up on the children. He has not even sent a dime to me for child upkeep. Even if he doesn’t care about me, what about his children? They have not been going to school for two months now and he is comfortable going about his normal duty and living normally. He has been calling and begging but I am still very unhappy with him. He has sent some people to beg me and my parents but we are not listening to them. My kids miss their dad so much which is one of the things making me consider going back. I don’t want my kids staying long without their father. My dad is a very stern man and has made it clear to me that I am not going back to his house.

Read also: My wife has long standing issues with my mom. What should I do?

I don’t know what to do. My kids are always crying because they miss him. My husband came to my house last week and my father denied him entry. He asked the gatekeeper not to allow him and his friends to come into the house. He has sent me many messages apologizing but I don’t know what to do. I have tried to talk to my father and beg him but he has refused. He made it clear to me that any day I go back to my husband’s house against his will, that that’s the day I should forget being his child and I should never be near his compound or property again. I know my father too well and he means it. I don’t know where to go from here. I tried talking to my mother but she’s not even listening to me.