My husband won’t shower and it’s literally making me sick. 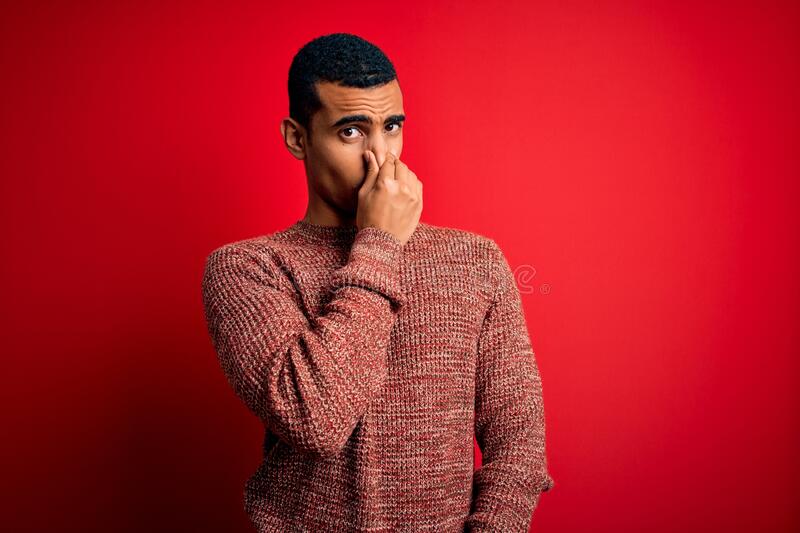 I need guidance on this very sensitive issue. I’m a married woman and we’ve been married for about a year or so. The problem is with my husband’s personal hygiene habits. He really doesn’t like water. Sometimes he goes for three days or even more without taking a shower or bath regardless of the weather. There is no difference between hot and cold days.

He sweats a lot on a regular day and I have tried to speak to him about it. When I noticed he wasn’t changing his habits I begged him to at least change his underwear so as to reduce the possibility of creating a breeding ground for bacteria. I think he also doesn’t wipe himself well when he does a number two because I can often smell poop on him. It smells like he farted when he walks past you but no, that’s just what he smells like on most days. Just the thought of it leaves me embarrassed because I imagine his workmates at the office can also smell it.

Related content: My boyfriend is so messy and I can’t handle it!

This is repulsive, to say the least, and it is affecting our relationship. I don’t have the urge to have sex with him and not just because of that stench. Yeast infections have become the norm for me because of all the bacteria he keeps passing over to me. Just this year alone I’ve had to get treatment about four times and I’m honestly tired, especially because this is something avoidable. You could even say it is simply common sense. I keep a prescription antifungal cream in the house now just like you would painkillers because I keep getting infections and they itch terribly. I’m not even sure this is safe anymore now that I self-medicate. I don’t bother to go for a proper prescription because it’s embarrassing to keep going to the hospital for something like this.

I have tried to speak to him about the sensitivity of the issue and how the vagina gets affected by the smallest changes in hygiene but it all falls on deaf ears. He doesn’t seem to care about the risk of infections on my end. When I refuse to have sex he says it can only be because I’m having an affair. He gets rather abusive and emotional too, manipulating the whole situation and I end up feeling bad about my decision.

This is new territory for me because he wasn’t like this when we were dating. I never saw this or maybe he hid it very well from me. It’s really frustrating and I feel cheated. Never did I imagine I’d be battling with an adult, a man I fell in love with and committed to spending the rest of my life with, about something as basic as showering. I never thought he’d be okay with putting my health at risk and then blame it on me.

Is this normal? Is this what other women deal with in marriage? Men, please help me understand why an adult man wouldn’t want to shower. How do I handle this? I need tangible solutions because my physical and mental health is suffering in this marriage.