My husband’s company has crumbled and we barely have enough to feed. My ex-boyfriend is doing great and wants to marry me. 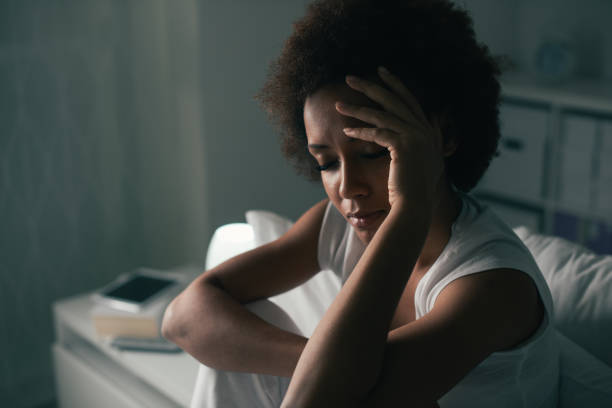 I’ve been married to this man for three years. We have been living well until recently. My husband is a civil engineer and runs a construction company which he started with a  friend of his few months after our wedding. The company was progressing as they were getting numerous recommendations and contracts worth millions of Naira from different people. According to their remuneration scheme, my husband takes a greater percentage of the income since the company was his idea and he invested more in it.

Sometime last year, a well-known company contacted them for some construction work. It was worth millions, way more than most of the other contracts they worked on. However, as opposed to their mode of operation, the company made a full payment to my husband and his friend. This was supposed to be a half payment which would serve as the commission and also used to commence and facilitate most of the project.

ALSO READ:I grew up in an abusive home. Now, the effect is about to break my marriage

My husband and I were delighted. It was good pay and we planned what to do with part of the money. My husband on his part was willing to carry out the project diligently due to the commitment and level of trust of the company. Things were going well on my husband’s side little did we know his friend was up to something. A week after the contract was signed, my husband’s supposed friend maneuvered and made away with the money. When my husband found out, he was numb. He didn’t know what to do. We contacted the police and they promised to find the supposed friend.

The project required a huge amount of money to commence and fully execute but what we both had was nowhere close to the amount required. To cut the chase, things got worse. The company found out and took my husband. After a series of struggles, we sold our house and some land. Yet it wasn’t enough to offset the bill. Taking care of my daughter and paying her tuition fees was very difficult coupled with house rent and feeding. I sought help from different people but it wasn’t enough.

I went to pick up my child from school and on my way back, I dropped by at the mall to pick some groceries. I bumped into my ex. We dated for three years and when we decided to settle down, my family refused because of tribal differences. It was a hard pill to swallow but after much struggle, we parted ways. We were happy to see each other after a long time. We spoke shortly and exchanged contacts.

When he called later, we spoke about family, old times, and all. He said I didn’t look great and also asked about my husband. I didn’t go into details, I only told him there was a problem. We later scheduled to meet up during the weekend. When we met, he told me how he went into a business and how great he’s doing. He asked about my family and I told him all that happened with my husband. He offered to help. Days later, he paid the remaining bills and my husband was home. I told my husband about him and he appreciated his help.

Well, I’ve been in touch with my ex and he has been of great help to my family and me. He sends me money regularly and I use it to fix a lot of things in the house. My husband doesn’t work yet since he invested a lot in his failed company. He has been uncomfortable with how my ex helps my family. He feels my ex will want something in return and I might yield into his requests but I explained to him he was just helping us.

The truth is, I love my ex and he loves me too. He said he would not mind settling down with me if I would agree. I still love him and I’m willing to end things with my husband. I can’t continue suffering. A job is not forthcoming. I want to be comfortable and give my daughter the great future she deserves. I had to take her to a public school as a result of my inability to pay her fees. I want the best for my child and I obviously can’t give her that if I stay with this man. I honestly want to end things and marry my ex. He is single and very caring. He makes enough money too.

My sister thinks it is a bad idea and advice I stick with my husband. She doesn’t understand my predicament. It is not like I’ll strip my husband of his paternal rights. He would still be free to meet his daughter anytime he wishes, I won’t restrict him. I just want the best for his daughter, our daughter. I have been a very good wife all the years we’ve been together and I think this is the best decision I can make for my daughter and I. I don’t know if I’m overdoing things. What should I do? My happiness and comfort matter. Don’t they? I need peace of mind. I have suffered enough.

Comments to My husband’s company has crumbled and we barely have enough to feed. My ex-boyfriend is doing great and wants to marry me.