My Man Is Rookie & Can’t Satisfy Me- Please Advise. 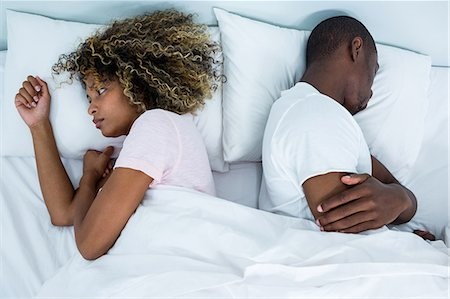 Good day ma, Please hide my identity. I am a single mother who fell for a guy with a very sweet mouth.My baby father was very busy sleeping with me and many other women out there. I discovered I wasn’t the only one with him after i waited for him for 4 years and no marriage. I made a decision to move on with my life.

I’ve been by myself for nearly 2 years however I have to admit its not been very easy being single and no man in my life. It makes me go back to my baby daddy every now and then. I briefly went out with a guy last year but we broke up,he doesn’t want a serious relationship. Well,I was done playing games,I am not getting any younger so I told him to move on.

My prayers have been that God should send me a gentleman that would love me and my son and marry me and also be good to me. That’s the reason I haven’t really gotten any serious person to date.

In all honesty,he is a very good man. He treats me with respect and loves my son. He said he will not ask me for sex until marriage. I told him not a problem despite the fact that I found it really hard to resist him. I mean,I am not the type of lady to wait but if a man says we should wait,then I will try …I do not want to be seen as a wayward woman.

He met my parents and we plan to have a family introduction this month. Which means that,our relationship is going very good. I really thank God for bringing such a good man to me however in the course of the lock down,we started kissing. It was not easy to resist because we were spending so a lot of time together. I wanted him badly so I changed my mind and decided to seduce him any opportunity I got.

Clearly, he couldn’t resist long enough. From kissing,we began to make love. And that’s exactly where the problem started. I discovered two main issues: one.he cannot last long in bed. Before I say jack …he has jacked off. This is simply not my kind of experience ….I need a man that can last at least an hour or 45 minutes of good time.

Secondly,he will not give me a head. But I give him a head and he does not object. I asked him why,he claims its not ideal for a man to give a woman a head because that can ruin the man’s destiny. I told him that is bullsh*t.

Ever since then,we have not been intimate. I tried to tell him that his belief just isn’t based on anything but he will not listen. When I even urged him to take some drugs to help him last longer,he refuses…I have been doubting my relationship now.What have i got myself into?

Its just that I am fearful of being single again. This man adores me and has assured me marriage. He is an excellent father figure for my son too. He really looks after me however he is a rookie in the bedroom and he doesn’t like when I tell him that. I tried to talk to him about that but he said we should not even be intimate agian until we are married.

I am unable to wait till marriage to make love again. Please dont judge me but I am an adult that likes love making very well. And that’s the reason I feel he will be unable to satisfy me if eventualy we get married and he will not discuss this problem with me. I think he is ashamed I seem to know more than him on this subject matter. And his ego is not letting him find solution.

I am in a dilemma. Like I said,he is a fantastic guy and he takes care of me and my son. But what if we are not sexually compatible in the long run? Please what should i do?