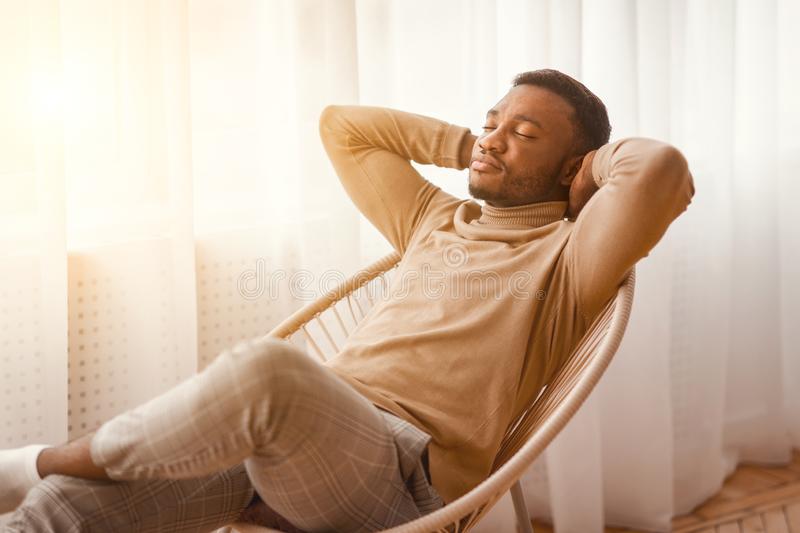 Please hide my identity. I’ve been living with this man for a year now but I think I’ve had enough of this marriage. He moved in with me and has gotten quite comfortable with the new status quo. What breed of man is comfortable being provided for by a woman? Why won’t he just man up?

We were colleagues at work and had known each other for about three years. Along the way, he came to visit me one weekend and he’s never left. He stayed the weekend, then a week, a month, two months, and just like that a year has gone by. I was okay with him staying at first but I don’t like him that much right now.

Why won’t he just man up?

When he moved in I had a few things to my name. He had just gotten a new job so I assumed after he settled in his job he would add to what he’d found in my house. That has never happened though. He has never bought house appliances, furniture, or even spoons. It clearly doesn’t bother him and he’s just enjoying eating, sleeping, and sitting on things he never contributed towards.

It gets worse because he simply isn’t cooperative. We make plans together and when it’s time to implement them he backs out or just gives senseless excuses. When I complain about it he says my friends are inciting me against him. I keep wondering how much we’ll be able to accomplish with our lives at this rate. It has only been a year and I’m just tired of this.

I allowed him to send a delegation of elders to my family to officially report that we are living together. Our families are now involved and they are waiting for us to take the next step and formalize our union. I honestly feel like I’ve had enough of this marriage and would like to just leave and get some peace. But then why should I be the one to leave yet I own everything in this house? I need sober advice on how to go about this, please.