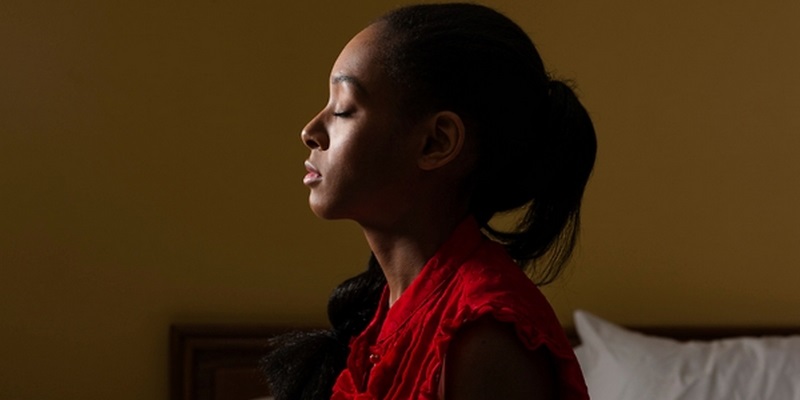 I got married in May 2000 I was pregnant with my first child , I had my first child in September that same year then another daughter in 2002 May , and in July 2002 my husband left for abroad ( I won’t mention the country ) I had to move out of the renting apartment and went back to my parents house with my 2 children while waiting for him to apply for our documents, it took him 2 years to settle and for 2 year he couldn’t send us money because he had no documents and job , my parents were supportive until when my husband got his documents and started working , he started sending us money every month and was working hard for me and the kids to join him but things were not working well for us .

They keep rejecting us but he didn’t get tired of us , but I started getting tired after 5 years of waiting, missing him badly , no intimacy and I was lonely and very depressed , I start seeking attention outside and I met with a married man that I had a relationship with, I got pregnant in 2008 the man suggested abortion but I didn’t want to abort because I was scared to die because I remember a cousin that had a husband abroad , she got pregnant and went to abort , she died instantly so I didn’t want to end up like her , I had planned with my sister and mum that I should leave our state to another state ( I won’t mention the name ) to go and have my baby then will come back after the baby is 3 months .

I and my kid sister left and rented another house in a different state meanwhile we lied to my dad that I had traveled to this country to join my husband in abroad , things was well , I had my baby another girl in 2009 and we kept the secret for 3 months from my dad and we had to lie to him , it was my kid sister that has given birth to this baby while we were away and my dad got angry at her and he has said a lot of harsh things to her, it was very painful but my sister supported me and didn’t let the secret come out , even to my husband just knew the baby was my sister , because I was breastfeeding her , we didn’t want to go home yet so we had to stayed here for a year , when I weaned her and we started preparing to go back home, lying to my dad that things didn’t work out and I couldn’t join my husband anymore, we returned back home in 2010 and we had been keeping this secrets from my dad , husband and other people , finally God has been great that I had to joined my husband in 2013 after 11 years of waiting , it was a wonderful time to be with him again , my kid sister got married in 2014 she had a daughter with her husband before marriage born in 2012, so the husband accepted her with my daughter that she pretend to be hers , she went to her husband house , leaving my kids with our parents , she only took the daughter she had with her husband and I used to send them money as usual until in 2015 my 2 daughters I had with my husband joined us abroad and my other daughter stayed behind.

I had to convinced my husband that my sister baby should join us too which he was okay and grateful to my sister because she had been the one taking care of our children in my absent so we started applying for documents for the girl, but they kept rejecting it but we didn’t give up, at that same time my sister has also wanted her biological daughter to be included in but I was frank with her that we couldn’t add her daughter because the daughter that I had is known to be hers so if we had another daughter it would be wrong , so this has caused a lot of problems between my sister and I that she called me an ingrate after everything she has been doing to me , but I was never ungrateful to her because I take care of her daughter school fees in a best private school but I just couldn’t take her abroad with us but she is adamant that her daughter should be here too.

Luckily my daughter which to my husband is my niece has joined us this January 2020 , she knows me as her auntie and my sister her mummy , She is doing well my family is complete , I have also had 2 more children with my husband two cute boys but my sister has been threatening and blackmailing that she would tell my husband everything about my daughter , I had begged even our mum has been begging her not to spoil my marriage but she wouldn’t listen.

I’m scared she would tell my husband and my marriage will be over. I don’t sleep well and anytime when my husband get back from work , my heart beat faster thinking that he has found out about the secrets and I’m no longer in peace. he loves my niece ( daughter ) so much that he doesn’t treat her any different from our 4 children but I’m getting so scared , have been taking blood pressure medication because of my sister threatening me.Please I know a lot of you would insult me because I deserve it but all I need is advice from you , please if you could offer me some , I just don’t know what else to do

Comments to My Sister Want To Expose My Secret Life To My Husband.