My step mom doesn’t want me to get married 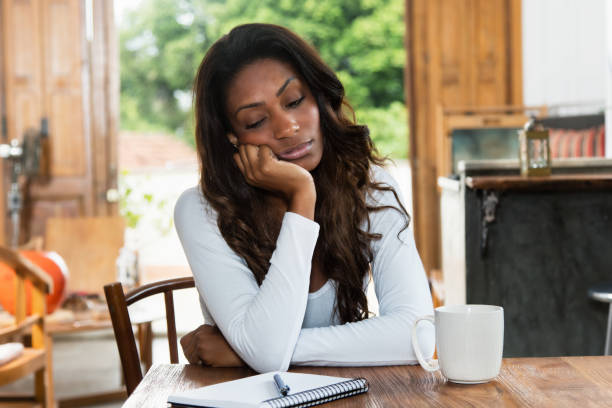 Kindly hide my identity before you publish this post. I am a young nurse based here in Nigeria, Ibadan to be precise. I am 27 and doing well in my place of work and other aspects of life except a few. Just like every other woman out there, I have plans of getting married, having kids, a beautiful home, a loving husband and a family that brings me nothing but joy and genuine peace of mind. I have had my own fair share of bad relationships and series of heartbreaks that accompanied them but never for once have I given up on love. I kept on hoping that good things will come my way and I will meet a man that truly loves me and everything I stand for. My mom is late. She died when I was at the age of 7 and being the first child with a younger brother, my father said he could not keep up with raising my brother and I alone so his only option was to remarry. Life happened and he bumped into my current step mom. Things fell into place and both of them tied the knot about two years after my mother’s demise. My stepmom to an extent is a good woman. She cares about my siblings and I but regardless of what happens, we all have our flaws and inner thoughts that we don’t get to share openly with people.

Read also: My pastor said my girlfriend is not my future wife

My step mom tries to be good to us but many times, she gives her kids extra and visible preferences over my brother and I but I try not to think about it too much. She has a good relationship with my dad but I am confused about something. I have come of age to get married and no one disputes that. I graduated from school at the age of 23. I have worked for some time and I have gathered knowledge about a lot of things in life. Also know that I have been in relationships that failed due to one reason or another. Meanwhile, my first serious relationship was fruitful and I was making plans to settle down with him. However, when I brought the young man home, my step mom commended a lot of things about him but when he left, she said I couldn’t marry him because of his tribe which wasn’t the same as mine. I tried everything possible to convince her including my dad that he was a good man and regardless of the tribe we would make a good couple and have a great home but the refused vehemently. At last, I had to end the relationship. I was very sad and depressed for over six months.

After I picked the pieces of whatever was left, I kept going. I met another man who was of the same tribe as mine and honestly speaking, he was a very good man. I was so sure that I have found the right person. There was nothing that would make my parents not accept him. He was even from my hometown so I believed everything was settled. As supposed, I brought him to see my parents and the same thing happened again. My step mom claimed that his finances were not great and I would just suffer in the marriage. According to her, I have had enough struggles in my life and need someone who will not just be a husband but a great one. She said I needed a man who would love me and take good care of me but he didn’t see any potential in the man I brought home. I was dumbstruck. I was waiting to hear from my dad knowing full well that my stepmom has influenced him a lot. Well, he said it didn’t matter but two days later he disapproved of the marriage with other excuses he gave apart from the finances.

A lot has happened to me and I can’t even begin to list everything that has happened especially with my step mother. The thing now is that I met someone else who is ready to settle down asap and he is a very great guy. I want to show my parents but I am scared that they will still disapprove of this one. I love this guy a lot and I am not ready to give up on our love for any reason whatsoever. I have told him my story and he is ready to stand by me and love me. I am thinking of getting married behind my parents back but I don’t know if it’s a good idea. I know that my step-mom will still try to get in my way but I am not longer a baby. I can’t continue to do as she says. I want to settle down and build a home. What do you suggest? Should I just go ahead and show them my fiance and hope they welcome me or should I just have a wedding without informing my dad and step mom? I am confused. Please help.