My Support For Husband Destroyed Our Marriage 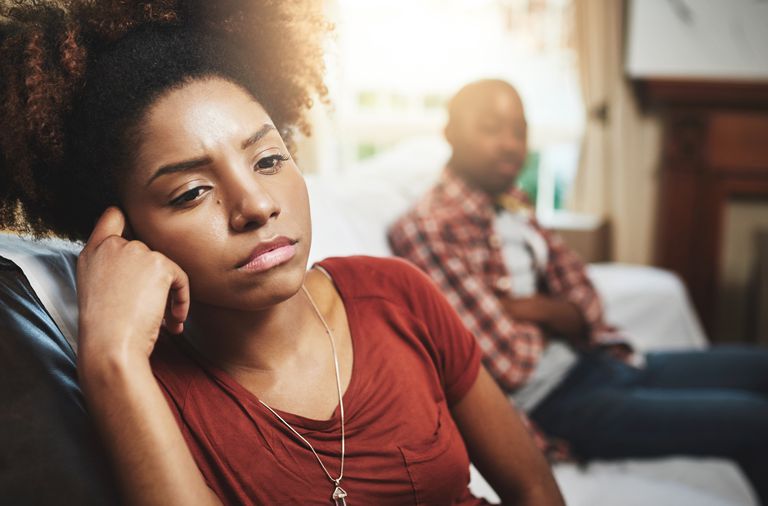 My life is a mess. And I want to share my story to let people know that you have to be very careful with who you decide to get married to. I met Tony (not real name) 11 years ago. I was working in the bank and the moment he set eyes on me,he pursued me for almost 3 months before I said yes to him.

Tony is a vibrant man with political ambitions. He came from a fairly well to do political family too. I did not want to get involved in politics but Tony made me love politics and when he proposed to me,I knew his ambition to to go fully into politics one day.

What I did not count on was that our lives would be greatly affected by this type of lifestyle. We got married after 8 months. Tony moved around his political party handling different responsibilities until he was asked to run for Chairman of his local government.

Everyone knew Tony was a great politician and it would have been easy for him to win the chairmanship but his enemies were also bent on making things difficult. About a week to elections,things were very rough and it looked like Tony was not going to win the election after all.

Tony was devastated at what was happening. I did my best to support him. He asked me to accompany him to see a very powerful party Godfather.That night,we saw him,they had their meetings and my husband later called me to say that we would be passing the night in the GF’s house.

I was confused because we never discussed spending the night in his house. But again,just like the supportive wife that I am,I agreed. At night,I felt someone rubbing on me. I was a bit taken aback that my husband wanted to make love to me in a stranger’s house but again,a dutiful wife,I began to respond.

We had made out for more than 5 or 8 minutes before I realized I was not with my husband but the chairman. I wanted to scream in shock but he asked me to keep quiet. He explained that my husband is aware of what he was doing. That was a deal he had with my husband.

The deal he had was: he would sleep with me and help my husband win the election. I told him I have to ask my husband that because it was unbelievable.  He said: who do you think opened the door for me to come inside. I was still in disbelief. He assured me that my husband was ok and that if I was not ok,he would leave but then,the deal to win the election was off.

I was scared. I did not want to cause problems for my husband but I also wanted to be a dutiful wife as always so I agreed. The GF made love to me and I cried all through the ordeal. He left saying: you are a very beautiful woman,your husband is very lucky to have you.

My husband came in like 5 minutes after the Godfather left. He came and comforted me and told me he was so sorry but it was the only way. I felt disgusted and betrayed by my husband but he begged me to forgive him. We left in the morning.

My husband won the elections because the God father was made sure of it. What I did not tell anyone was that after that night in the GF’s house,the GF started to send me messages of love and how he was attracted to me. He told me not to tell my husband in order not to jeopardize his career.

He explained that wives of politicians have to make certain sacrifices to keep their husbands in powerful political positions. The GF sent me huge sums of money. That was how my secret affair with the GF started. I told myself,I was doing it to support my husband. The affair continued for years. My husband never knew.

With an affair,you begin to fall in love with the person unknowingly. I found myself wishing I was actually married to the GF. He treated me with plenty money and gifts. He gave me a house and lots of money which I hid from my husband. I knew it was wrong but I had gone neck deep and did not know how to find my way back.

Several years passed and my husband has gone from being local government chairman to Permanent Secretary,to commissioner and house of reps member. The GF made sure my husband had his backing all the way. He was happy with me and my husband was getting his ambitions come to pass.

Our life is crazy,busy but everything was fine until my husband,heard too many rumors of my affair with the GF. He had to investigate and found out it was true. He was very upset and threatened to divorce me for betraying him. All my explanations that I did everything for his successful political career fell on deaf ears.

He was so upset that he left home for more than 3 months. He told me it was over. I begged and begged for forgiveness. I told him it was his fault but he said he never agreed for me to have a long affair with the GF. Agreed,yes but I did everything for him to have the GF’s backing.

He ordered me to end the affair or risk divorce. Of course,I ended the affair even though GF did not take it lightly. This made the GF stop supporting my husband’s career. He was supposed to be picked as deputy governor in the last elections but another person was picked instead. My husband knew he would never be able to advance much in the political party if the GF was not backing him and backing him meant sleeping with me.

My husband has been very bitter since then. He blames me for his misfortune. He never sleeps with me anymore. We practically live like strangers but we are still together for our children and to maintain his status in the society as a well respected politician.

I am writing this to warn ladies. Be careful what you do to support your husbands. You may think you are supporting them but they will abandon you when things change. I know my husband has his affairs too but he keeps them well hidden.

My life has been unhappy one and sometimes I really feel like leaving this marriage. But then,I would loose everything I sacrificed myself for. So, I am stuck here in a loveless marriage and I do not know how long I can take it anymore. Our families know that we are having issues but they do not know the cause of the problems.

They keep praying for our marriage but I have prayed and prayed and it does not look like we will ever be a couple anymore. The last time my husband made love to me was December last year,just before he found out that I was having an affair. I feel sad and lonely, I have s*xual needs yet I cannot get pleasure from my husband.

Is this marriage even worth fighting for anymore. Why cant Tony forgive  me when all I did was for his own good? Fine, I hid the affair from him but without it,he would not have enjoyed all his political success….he even started it by making me sleep with the GF.

Comments to My Support For Husband Destroyed Our Marriage