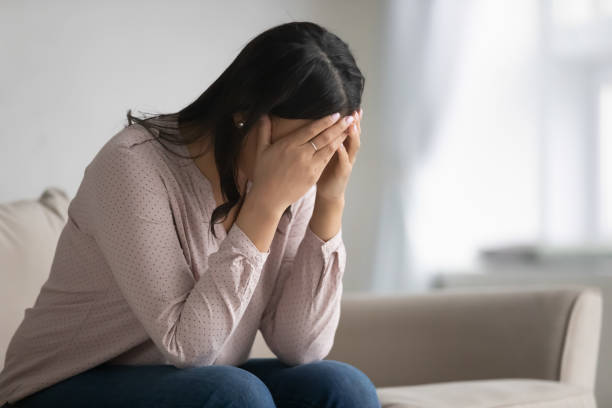 I am in a deep mess as I write to you. I need suggestions on how to get out of this please. I am a mother to five children. I know that the third child is not my husband’s child and I feel bad for letting him raise a child that is not his. However, the child is for his younger brother so it’s not as if it’s entirely for a stranger. I used to have a secret relationship with my brother-in-law and it led to a pregnancy. I was scared to my bones but there was nothing I could do so I went on to have the baby. There was a time when my brother-in-law was out of work for some time. He was staying at home idle and had nothing to do. My mother-in-law got very worried because according to her, she believes the boy was becoming depressed due to joblessness.

Read also: My wife and I quarrel a lot. It is exhausting.

She spoke to my husband and we agreed to have him come and live with us temporarily while he secures a job. He is a great guy and was very industrious and hardworking when he was living with us. Even though he was older than me, he was very humble and always took instructions from me and helped me out when it was necessary. Sometimes he washed the clothes, mopped the house and even helped me shop for things from the market. He was a very helpful person and we got along quite well. I spent a large chunk of my time at home because my job gives me time. So sometimes we would watch movies or do other interesting things. We could play games or argue about music.

My husband was usually very busy and got home late on many days so I had a lot of time with his brother and the children. He was very helpful, he sometimes went to pick up the kids from school. I don’t know what actually happened. We got attracted to each other and began making out when no one was at home. It became a frequent thing but I was lonely and didn’t even get enough attention from my husband. I noticed I was pregnant and I was so sure it wasn’t for my husband because my husband has been coming home very late that period and we never had sex because he always slept early. He had a contract and was focusing on it. I was scared to my bones and didn’t know what to do.

Read also: My ex is asking for sex before giving me a job in a large firm

I later had sex with my husband so no one suspected anything. That incident made me end things with my husband’s brother and luckily, he got a job and moved out of the house. Up till today, he doesn’t know about this and I have no intentions of telling him. I am a changed person and I feel very bad about all that I did. I don’t know what to do. I feel scared that my husband might find out one day and do something unthinkable. He might even end our marriage. I am really sorry and I want to make amends but I don’t know what to do. You can continue blaming me all you want but that won’t help my situation. I love my husband and my marriage. I don’t want anything to come between us. This has been disturbing me so much lately and I don’t know a way out.