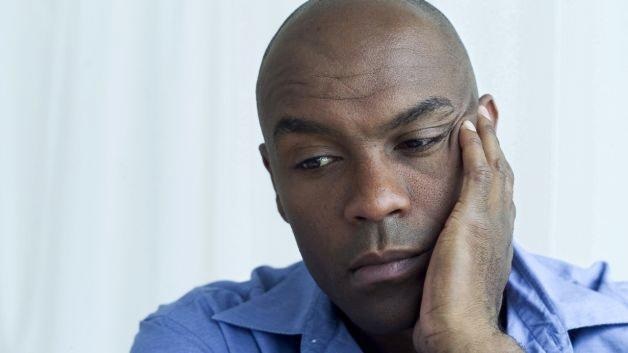 My wife and I have been married for 20 years. We have two teenagers, a 20F and a 15M. We met when we were 18, got married when we found out she was pregnant, and have been that “success story” of secondary school sweethearts . We even have a golden retriever. She became a SAHM after the birth of our son and life chugged along pleasantly. I thought everything was fine, we weren’t a dead bedroom and didn’t fight much. I did work a lot but it never strained our relationship, I always came home to a happy wife that was delighted to see me.

There was one thing, however, that she did a lot. Constantly I’d wake up on weekends and she wouldn’t be there, just a lovey note on our whiteboard she ran to the store or went to meet a friend, whatever. She’s an early riser though and I found nothing odd about that. Other times I’d come home from work for my daughter to inform me she had gone out volunteering at my son’s school or she was at her yoga class or something like that. My daughter always confirmed whatever my wife’s story was and always seemed to know where she went. My son was more in the dark, but they’re not as close so I figured that’s why.

Then comes about three weeks ago, before I had to start working from home because of corona. My coworkers and I went out on lunch break to a diner nearby. On the way, I saw my wife’s car parked at the edge of a lot. Slowed down and stopped to see her kissing a man we’ll call Kunle, a close friend of hers. The kicker? She told me he was married.

I told my coworkers to go ahead, turned back, and broke down in my office.

I got home later that day. My daughter still lives with us and usually comes home after my son but before me. She informed me that my wife had gone out to visit “Edith”, a friend of her mother’s.
Wife came home a little after, while she was in the shower, I took her phone and began scouring through it. Messages with Kunle were innocent enough, I’m assuming she deleted the more suggestive ones. I scrolled further and tapped on the ones with our daughter and began scrolling up. She apparently hadn’t deleted these ones, and there was an exchange a couple weeks ago about my wife telling her to tell me she’s going to volunteer at our church, Kunle had called her over. My daughter sent her a winky face and told her to enjoy herself.

These went far back. I think she sporadically deleted a few conversations but the ones that remain have a pretty clear message. My daughter has been actively helping her cheat on me and continually reassures her that it’s the right thing to do, and that Kunle’s great and more and more and more.

I confronted my wife Saturday evening, when my son was at my mother in law’s. Cue waterworks. I told her to just leave and wailing she packed an overnight bag and went to leave the house, running into my daughter who was coming home. She immediately took my wife’s side and yelled at me for even thinking I could boot my wife out of her own home. She started screaming at me and told me to get out of the house. I ended up leaving and swung by my MIL’s to pick up my son to take him out to dinner. I gently explained how things might be changing and he took it like a champ.

Fast forward to now. Divorce proceedings have started. I’m staying at my parents and after finding out what happened my son refuses to stay with his mom or talk to his sister and is staying with me. My daughter continues to blame me for this whole thing and both her and my wife are twisting the story to family members who have begun to inquire. My son is enraged at them and when my wife came by today to try and convince him to come home he slammed the door in her face and called her a “homewrecking slut”. My wife called me in tears and accused me of parental alienation.

I need you guys to help me out. First of all, how do I even begin to repair my relationship with my daughter? Second, how do I make sure my son doesn’t hate his mom and sister for this? I really don’t think that’d be healthy, at all.