My wife is not proud of me, She hardly takes pictures with me at social functions – Man cries out 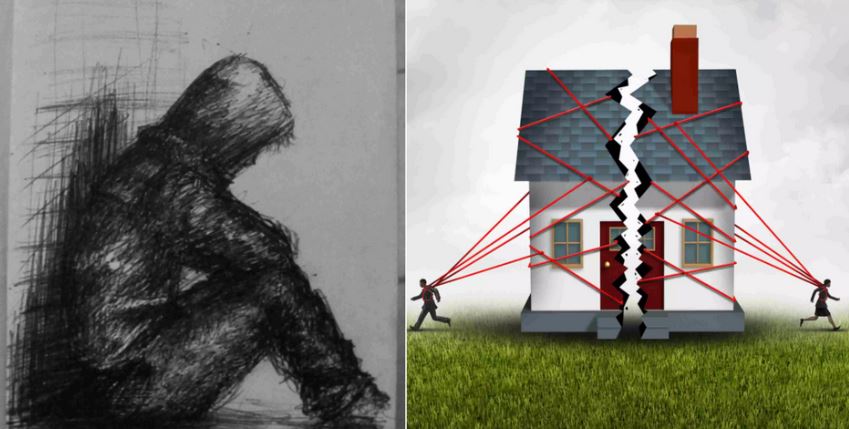 A Nigerian man, while narrating his family issue on a popular Nigerian forum, has said his wife is not proud of him and he wonders the kind of human being she is as he complained bitterly of how she acts weirdly most of the time and said she never posted his photos on social media as well.

Hello house, Pls I need mature advice on this issue.

I had to create this account as to remain anonymous.

I’ve been married for 2 years plus, with a son and expecting another.

The problem is that my wife is not proud of me, not proud to be associated with me and does not show excitement concerning me or gifts that I buy for her.. She is just too plain, too emotionless.

It started from our dating days.. We dated for a year plus.. She never wanted people to know about us. Always hiding me. As if the relationship was a secret. She never asked me for a pin.. I was happy she wasn’t the demanding type.

When I proposed to her, I expected her to go over the moon, show excitement and flood social media with pictures.. But no way.

She was just mute and calm about it. She didn’t even accept the idea of pre-wedding pictures when I suggested it.. Said it wasn’t compulsory, she doesn’t have time and energy for that..Few weeks later, she uploaded very beautiful studio pictures of herself alone in nice clothing, shoes, accessories on her facebook timeline without any caption about getting married or love.. Nothing about me at all.

Wedding came… She opted for a small quiet wedding.. Although we could afford a big wedding.. I was surprised.. So unfeminine… Women always prefer loud crowded weddings to show off..

She was supposed to be extremely excited as she was getting married esp at over 30 years when a woman is considered by societal standards to be hopeless and too old for marriage but no! She went about the whole festivities like nothing special was happening to her.

After the wedding, she didn’t upload our wedding pictures on social media like normal women do. I then uploaded few pictures of us and tagged her. She immediately untagged herself and told me I could post whatever I wanted without necessarily tagging her.

Months after, she uploaded 2 pictures of herself alone in wedding gown and traditional attire.. None of mine till date.

She hardly even takes pictures with me at social functions. She prefers personal pictures. Sometimes, she will even crop me out of her pictures and post only herself. She just keeps going on as if I don’t exist. When I ask her why, she says she doesn’t need to display me online to know she is married to me.

On my birthday, she didn’t wish me HBD on any social media platform but she uploaded pictures of her 2 male colleagues at work(she is a medical doctor, a surgeon in training and planning to relocate abroad soon) and wished them HBD, wrote nice things about them.

Back home, all I got was a small get together, cake, drinks and gifts but I would have preferred to be acknowledged online as well. On her birthday, I dare not show her off or say anything on social media, she won’t find it funny.. She prefers everything we do is private.

The part that breaks my heart is her attitude towards gifts.. When I met her, she was working, earning big, lived alone and had a car.I was happy she wasn’t demanding or greedy…

But I noticed if I buy her something, she just coldly thanks me and that’s all. I am an Architect, working in a firm and also into private jobs.. I recently completed a project and was paid in millions..

I thought I should surprise my wife so I bought her a new car(an SUV)…. She acted so plain.. Just said thank you and that was all.. Instead of displaying it all over social media platforms, write lovey dovey epistles about me and celebrate me like other women do.

By all standards, I am handsome, tall, dark, educated, nice guy, well to do, so why is she not proud to show me off?

Why does she not want me to show her off?

In all fairness, she has been a very nice partner so far but why this cold abnormal attitude ?This is not how women ought to behave.

I am getting tired already,i have discussed this with her but she doesn’t wish to change.

What could be wrong with her?