My wife of 10 years cheated. I don’t know how to handle it. She is my best friend 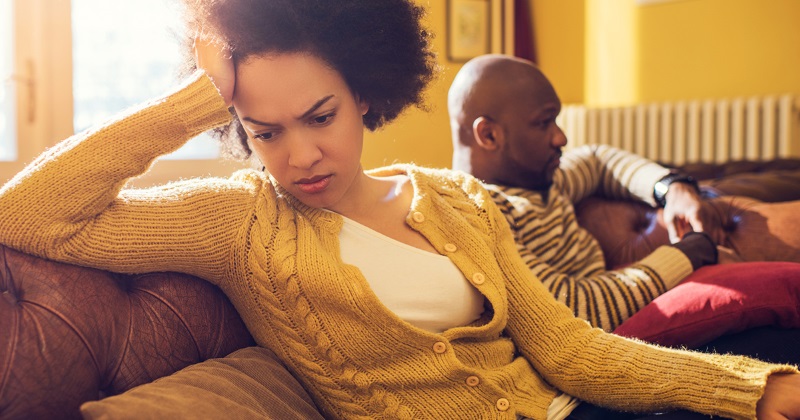 I could really use some honest advice. I’ve discussed with friends, family, therapists, etc. and am still all messed up.

Two years ago, I suspected my wife of 10 years was having an affair. She’d been distancing herself and simply behaving unusual for a couple weeks. This was very obvious because she and I are incredibly close. We have been together ever since we were 17. I called her sister and got her to admit she had feelings for a friend of ours, so they have been having an emotional relationship via snapchat and text. I became depressed. I wanted to die. She and I have been together since secondary school and truly had a one in a million connection. Definitely she is my best friend and the only person I’ve ever genuinely opened up to.

ALSO READ:My Husband’s Sexual Fantasies Are Very Troubling To Me.

We went through a lot during that time, however we made it work and things kind of appeared a lot better for some time. Fast forward a couple of months and she became very envious about my lady friends and coworkers. To the level, that the envy was seriously impacting our everyday life leading to many many arguments. I have NEVER been unfaithful to my wife. I’ve always been close with other women way way back in high school, but nothing intimate or emotional since my wife and I began dating so these allegations were outrageous. This went on for months during a very very stressful point in my schooling (finishing up a STEM PhD). I made a decision to move out for some time to get her to “wake up” and realize the seriousness of what she had done and was doing.

In the period of separation, I was very very very depressed and attempted suicide. I have never ever been depressed in my life, nothing like this. Anyone that know me would refer to me as a devoted and nice guy who is also a “manly man”. I am a industrious farm kid with a military background, but I’m also very hippy and artsy. I’ve always felt all emotions very deeply. I’ve definitely wanted to be a tough guy with a soft heart. I’ve wanted to be that dad with tattoos and scars that will have a tea party in the front yard together with his children and cry at every life milestone. I believed that’s my future because I won the lottery finding my “soulmate” at a very young age. I gave up major military and government jobs, prestigious schools, etc., not because she asked me, but simply because being apart from her killed me. Which is how I felt when I moved out and drove me to suicide. Feeling that I had put all my cards on the table, went all in, for this relationship and it was a lie…

ALSO READ:My Husband Rapes Me When Ever He Is Drunk.

I ended up coming home and giving her another chance. She felt genuine remorse. She is a very good person. She has cried and totally broken down hundreds of times. I know she is remorseful. She swore up and down, hundreds of times, that nothing physical truly happened. I believed her. And things were truly great, maybe better than ever for nearly a year. And then suddenly…. the bombshell… I had just lost my Aunt whom raised me, she was a mother to me. Diagnosed with cancer at 43 and died precisely a month later with me holding her hand. I felt like my life could not get much lower… then my closest friends basically staged an intervention. They had heard that my wife’s emotional affair was physical and they informed me about it. I went home and confronted her and told her I knew the truth although she swore they never even kissed. She ended up admitting that she gave him oral in a parking lot two years ago… Just when I thought I could not feel anymore pain. She bawled and bawled and swore it was an error in judgment, and she loves me more than anything at all. Says she will do just about anything to make this right and wishes to grow old with me, etc. etc.

ALSO READ:Help! How Do I Tell My Hubby He’s Not The Daddy Of Our Son

I love her to death and am scared. Besides this, we have had a great relationship. The kind of marriage and relationship I’ve always wanted and that’s why I think this hurts so a whole lot more. But I would’ve never believed this to be possible. We weren’t having issues. We weren’t working too much or anything… It just happened and it was so easy for her to do it. That scares the shit out of me.