N8BN Fraud: Cash Assistant has N134m in One Account, Others Own Posh Cars, Petrol Stations 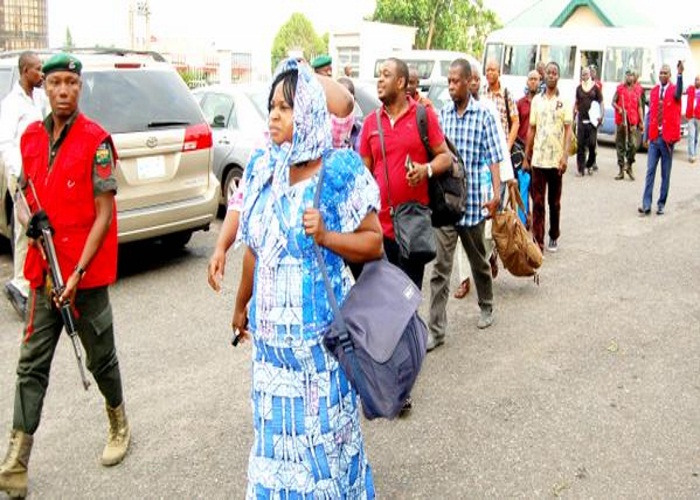 The court trial of some Ibadan based bankers indicted over the theft of N8 billion worth of mutilated banknotes was yesterday told of the stupendous wealth of the suspects.

The suspects, including a self-acclaimed illiterate bank staff were alleged to have acquired petrol stations, shopping malls in Nigeria and abroad, exotic cars, supermarkets, among others.

Mr. Ayodeji Alase, one of the suspects and a holder of primary six certificate, was alleged to have acquired property including a duplex at Oluyole Estate in Ibadan, a shopping complex, warehouse at Podo, Challenge, a fenced plot at Dugbe in Ibadan, a block of four flats at Apeye, two plots of land and five-bedroom flat in other parts of the state capital.

He was alleged to have a credit balance of N132m in one of his bank accounts.

The commission also alleged that Alase possessed a block of five-bedroom flat at Apete area of Ibadan and a supermarket at New Garage, Apata area of Ibadan.

Other accused persons, including Olaniran Adeola, Ayodele Adeyemi, Isiaq Akano and others were also said to own property in South Africa, filling stations, cement shops, schools, supermarkets, exotic cars and buildings in several locations in Nigeria.

One of the accused, Mrs. Afolabi Olunike, was alleged to be the owner of a duplex, several plots of land, a storey building and another three acres of land.

Earlier during the hearing, Alase had delayed court proceedings when he claimed not to understand English Language when charges were read to him. But Jacob rose to fault his claim, alleging that although Alase was employed as a guard, he rose to become a cash assistant in First Bank Plc.

Justice Faaji later ruled that an interpreter should be provided for Alase to ease communication between the court and the accused. The interpreter initially secured, however, found the job difficult forcing the judge to screen another person for the job of interpretation. He pleaded not guilty to the charges.

On Wednesday, cases were heard before Justice Faaji in batches with the first set of accused persons slammed with a 28-count charge.

Three officials of the CBN were among the accused, while others were from Wema Bank Plc and First Bank Plc. 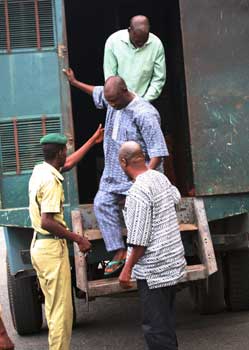 The prosecution counsel, Rotimi, told the court that the accused persons were charged with a 28-count charge which included forgery of documents, conspiracy and stealing.

According to the charge sheet, the accused persons were charged with intent to defraud and conspiracy to commit an offence punishable under the Nigerian law.

They were also accused of sharing among themselves mutilated currency meant to be destroyed and destroying and defacing some boxes used to move the currency from one bank to the other. They all pleaded not guilty to all the charges and despite efforts of the counsel to the accused persons to secure bail for them through oral application, Justice Faaji ruled that they should be remanded in prisons pending further hearing.

The case was adjourned to June 8, 2015 for hearing of the bail application.