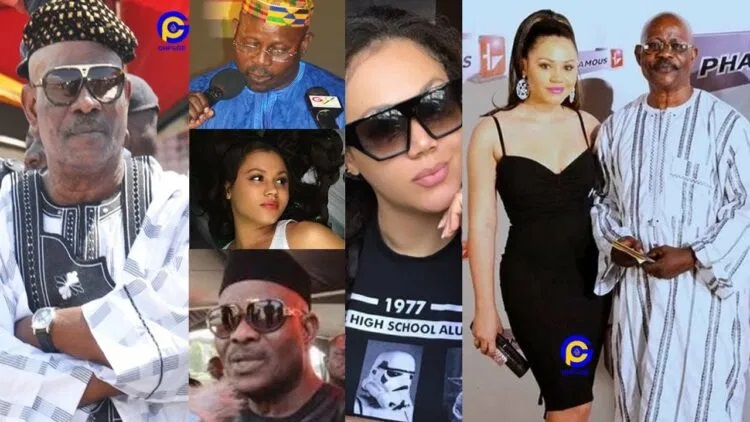 Ghanaian actress, Nadia Buari who has starred in numerous Nollywood is a Nigeria’s sweetheart despite not being a national. The beautiful actress has had rumours of being adopted into her family trail her for as long as her career can be remembered.

In a new interview by Ghanian live radio Okay FM hosted by Halifax Ansah-Addo, Alhaji Sidiki Buari who is the father of Ghanaian actress Nadia Buari yesterday fumed after being asked if he is the biological father of the Nadia Buari.

For sometime now, there have been rumours circulating that fair skinned Nadia Buari was actually an adopted daughter of the Alhaji Sidiki, a former Ghanaian musician and athlete

Halifax who is the host of te Entertainment show on Accra-based Okay FM decided to probe and find out from the horses own mouth if those rumours were true.

The back and forth between them almost turned into a heated argument.