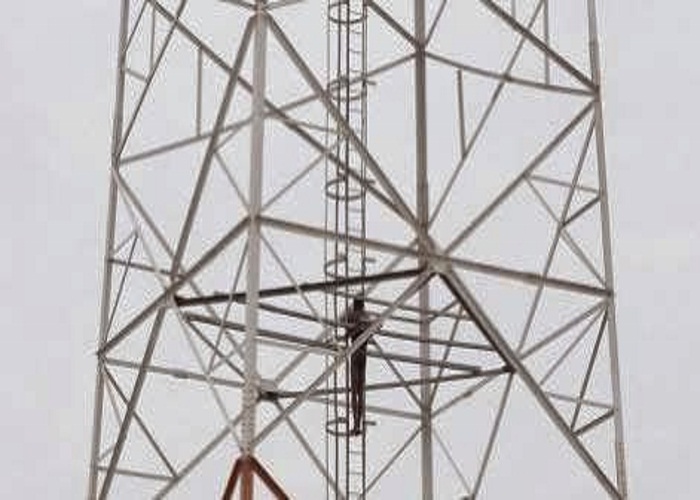 A naked man managed to smuggle himself into a fenced MTN compound and then proceeded to climb a 100 feet mast at Caroline Atuonah street, off Durosimi Etti road, Lekki peninsula 1 this morning.

The sight of the man on the mast as early as 6am drew a large crowd of onlookers with many wondering how he got up to that height as the mast is in an enclosed compound with a fence and a security man manning it.

However, officers from the Nigerian Police Force and the Lagos State Fire Service later came around and tried to persuade the man to come down.

After much persuasion, the apparently disturbed young man began his slow descent and while on his way down, 50 feet in the air, he stopped to urinate, spraying urine at those who had gathered close to watch him. He has been arrested by the police.