Nathaniel Bassey shares throwback photo, says he was told to become a comedian 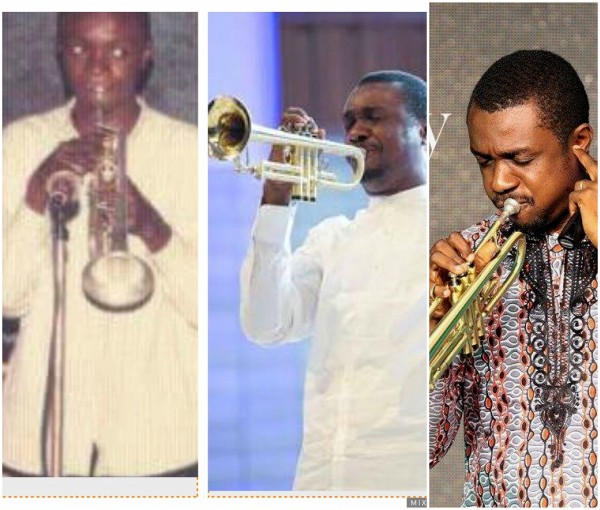 3 years ago / 318 Views
Nigerian Gospel singer and Hallelujah Challenge host, Nathaniel Bassey, shared a throw back photo of over 20 years, alongside a recent one.

The singer who advised his followers to stick to their dream, revealed that after he took up playing the trumpet, some people told him it won’t ‘sell’ because it wasn’t trendy. He further disclosed that a dear friend even suggested adding comedy to his hustle,  since he could make people laugh, but he stayed on his lane.

Here’s what he wrote;

By God’s special grace through His Holy Spirit, I have learnt the Art and power of FOCUS….
“…to direct your attention or effort at something specific”
When I found my calling, I stuck with it. I remember a few people saying that playing the trumpet didn’t sell, and wasn’t trendy, BUT I STUCK WITH IT.
A dear friend even suggested I did some comedy by the side since I could make people laugh, But I still stayed on my lane.
Has God called you to do something, ONE THING? Stick with it. Set your eyes as a flint. Give yourself to it. While loving and following God.
Then come back a few years from now and let’s talk.
Dear young person, Any time you feel it’s taking too long, please revisit this image and be encouraged.
If you can follow God wholly and just stick with that “trumpet in your hand” (your’s may be something else), You will Glorify God and Impact your generation. So, Say to yourself, STICK WITH IT! – FOCUS!

#STICKWITHIT –
​
“to continue doing something although it is difficult:”