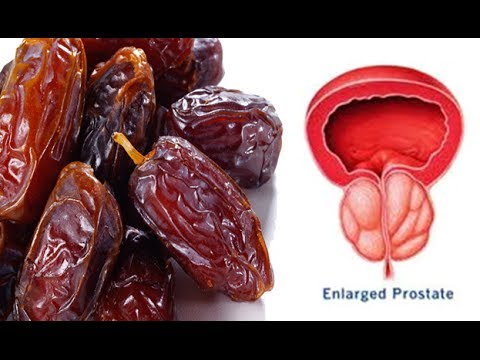 NATURAL CURES FOR PROSTATE CANCER. For every healthy guy, the prostate is like a ticking time bomb that gets bigger as you age. The scientific name for the condition is Benign Prostatic Hyperplasia or BPH. On its own, an enlarged prostate is kind of harmless, even though many doctors and scientists believe that having it increases your risk of developing prostate cancer, but the main issue with it is the annoying issues it comes with.

Your prostate is a small gland resembling a walnut that is wrapped around the tube – the urethra – through which your urine flows and it also forms part of your reproductive system as a man. The main job of your prostate is to add fluid to your semen which is the same fluid that carries your sperm.

Now, in the beginning, your prostate starts out really small. As you become a teenager, it doubles in size and once you cross the 25-year threshold, it begins to grow again and this growth continues for the rest of your life.

If your prostate becomes way too big then it becomes a prostate enlargement condition which results in the prostate clamping down on your urethra and restricting the flow of urine from your bladder. What does this mean for you? It means frequent urination especially at night, difficulty voiding your urine, urinary tract infections, sexual conditions and urine leakage, which can be super embarrassing. NATURAL CURES FOR PROSTATE CANCER.

There are many medications that can be used to treat prostate enlargement and cancer, however, there are now lots of natural remedies for these two ailments. Let’s take a look:

Saw palmetto is a herb obtained from the fruit of a certain kind of palm tree which has been used as a remedy for relieving symptoms caused by an enlarged prostate such as frequent urination.

There have even been studies to suggest that saw palmetto may be effective in relieving those symptoms. And it was said to do so by its ability to inhibit testosterone production in the body and also by reducing the size of the inner lining of the prostate resulting in a decreased prostate size.

Studies also show that saw palmetto’s hormone-blocking properties, as well as its anti-inflammatory properties, may also add to its use in prostate enlargement. Not to mention prostate cancer.

Tissue inflammation has always been known to increase the rate at which cancer cells progress, so by reducing the internal inflammation of the tissues and cells, you are also treating prostate cancer.

Saw palmetto is mostly safe to use and can be obtained in most pharmacies.

Pumpkin seeds contain cholesterol-like compounds phytosterols or more specifically beta-sitosterol which is also known as plant-based fats. Various studies have shown that beta-sitosterol helps to relieve some of the symptoms of an enlarged prostate such as improving the flow of urine and reducing the volume of urine left in your bladder after you urinate.

Those same studies recommend that to benefit from the effects of the beta-sitosterol, you need to consume about 10g of the extract of pumpkin seeds every day.

Lycopene is a powerful antioxidant pigment that occurs naturally in a variety of vegetables and fruits and studies have found that it has great potential in slowing down the progression of prostate enlargement. Lycopene has also been noted as an anti-prostate cancer agent. This is because being able to get rid of the toxins in the body helps to slow down the progression of prostate cancer – since toxins serve as food for invasive cancers – and that is where this antioxidant comes in.

The most available of such vegetables is the tomato which contains the highest amount of lycopene.

There are a few other sources of lycopene like the pink grapefruit, watermelon, papaya, carrots, guava, apricots, red cabbages, and red bell peppers.

If you wish to minimize your risk of prostate enlargement and subsequent prostate cancer, it is recommended that you consume between 8 and 12 ounces of tomato juice or the equivalent addition of tomatoes to your diet.

Studies have confirmed the use of the extract from the African pepper in stopping the proliferation of prostate cancer cells. Using the extract also inhibited the growth of cancer cells and highlighted its potential for use in treating prostate cancer. In case you are wondering which pepper is being referred to as the African pepper, it is called uda in Ibo and eeru in Yoruba.

You may or may not have seen or heard of the stinging nettle. But believe me when I say you’ll definitely know it if you’ve ever mistakenly touched it because the hairs on the leaves are known to cause sharp and intense pain. Interestingly, this mean plant has its benefits as a medicine.

Stinging nettles possess anti-inflammatory and antioxidant compounds similar to those found in saw palmetto that gives it potential in the improvement in the symptoms of the prostate enlargement so it’s been used in combination with saw palmetto for a synergistic effect in reducing an enlarged prostate.

However, more research is still being done on whether its use is effective in the long run. You should certainly not use it without consulting your doctor first.

Flaxseeds contain copious quantities of omega 3 fatty acids which studies have shown have the potential to inhibit the process of angiogenesis. What this means is that flaxseeds can stop the process needed by the prostate cancer cells to fulfill their nutritional needs in order to multiply in the body.

According to researchers, it’s not just one but a combination of natural remedies along with a healthy lifestyle and diet that are beneficial for treating or curing enlarged prostates and prostate cancer. NATURAL CURES FOR PROSTATE CANCER.