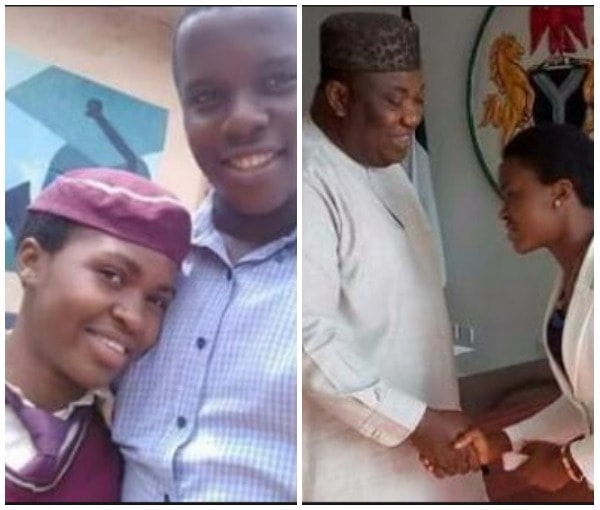 The young girl from Enugu that became an Internet sensation after she made 9As in her West African Senior School Certificate Examination (WAEC), Chinecherem Cynthia Ali, has open up on her success story.

Excerpts from an interview she had with Punch:

While I was in school, my priority was to make a wonderful result. I had clarity of purpose in what I wanted to achieve.

My elder brother was the chief motivator. He made six As in his WASSCE last year. He told me I could do better than he did. He planted that goal to surpass his feat in me. Whenever I had a problem with my studies, he was always around to help me out. He practically taught me the techniques to excel in the subjects.

He told me I needed to put in extra efforts in whatever I was doing. On my first day in school, when I got to SS1, my chemistry teacher called me and told me certain things about my goal. He told me no one had ever made nine As in the school. He said he heard an inner voice that I could break the record. I was just laughing when he told me. I had a note which I titled, “My future WASSCE results.”

I wrote down my results on the note, filling As across all the subjects I was to sit for. I prayed to God to help me achieve the goal. My friends who saw the note said I was going crazy. But I told God to help me.

Another teacher that helped me a great deal was my biology teacher. She prepared a study timetable for me to follow. She told me to study at least two hours at a stretch. The two teachers (chemistry and biology) told me my goal was achievable.

I never had a boyfriend. One thing I learnt along the line was that once one is serious with one’s studies, it will be difficult for boys to approach one for a relationship.

When I was in SS1, one day I entered the class. There was this male classmate of mine who was always disturbing me. I was reading my book. We had just finished the computer practical. Others were discussing while I was reading my book. Then the boy said, “What’s the problem with you? Is it that you cannot rest, at least talk to people.”

He said I didn’t need to be reading every time. I was able to overcome the pressures of male pupils because I didn’t entertain any unserious talks. They knew me for that so they avoided me.

Also, I was a day student, so I spent most of my time in class. We had preparatory classes by 4pm so I was always at home when I was not in school. This made it impossible for any boy to approach me.

Maybe if I was in the boarding school, it would have been a different story. I am a quiet girl. Because I rarely had time to chat with others, they said I was a proud girl. But I taught a few of my classmates in my spare time.