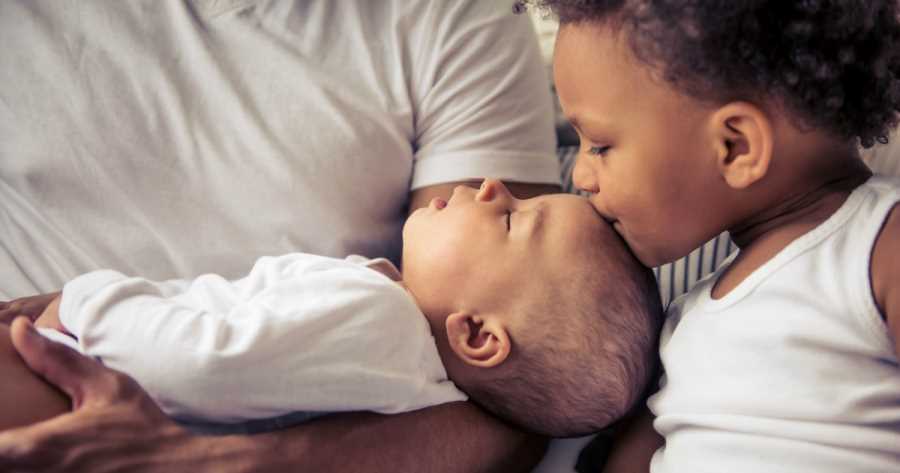 The Curse Of The Second-Born: There is something called the “curse of the second born child’ that states that children that come second in a family are naturally a huge pain. Through the years, this was only a myth backed up with subjective evidence.

The troubles that occur in the life of a second born range from funny to infuriating. You never know what they are up to next, and as they grow older, mischief can take on grand magnitudes. From dirty pranks, to dangerous experiments, second born children seem to enjoy having everyone on edge.

The eldest sibling wants nothing to do with the second born

The eldest child is the one who usually suffers as a result of the second child mischief. The first child displays great maturity and restraint in their daily life, but the arrival of the second born causes their transformation into a crazy person.

The first child will reach desperate levels of panic when their stuff mysteriously goes missing or when the insensitive second born relentlessly teases them. As a result, the first child will resort to extreme measures to protect themselves from their younger sibling. Clearly, they will not want to have anything to do with the mischievous second born and will try to stay away from them as much as possible.

Obedient dogs would rather flee than engage with a second born child. Even the most starved for attention prefer the company of a storm to the cursed one. From minor physical abuse to emotional warfare, no pet is safe from a child under the influence of this curse.

This is possibly when the most dreadful things go down in a household possessed by the curse. Parents will reach dangerous levels of insanity, hopelessness and anger as they endure an endless battle of the wills.

The number of times a second born will climb out of their crib or refuse to go to bed, plus the level of exhaustion of the parent, equals the level of bad things that happen. Even the sweetest and even tempered parent will fantasize about drop-kicking their toddler out of the window.

The curse of the second born child normally results in years of pain and struggle for all those involved. However, should this affect you, there is a bright side. A cursed second born has something unique: a big heart. They love fiercely and wash away the anger they once inspired.

Take heart, brace yourself and anticipate the unexpected from these gems. Although they will mock your pain constantly, you will fall in love with them fast.

PARENTING TEENAGERS: HOW TO BRING CALM TO SIBLING CONFLICT